The experts said that after having its own ground the UPCA was contemplating to host T20 matches next year.

Lucknow: Paving the way for top-level cricket in Uttar Pradesh, the state government today signed a Memorandum of Understanding (MoU) with the UPCA to organise international events at Kanpur’s Green Park.

During the event, which was headed by Chief Minister Akhilesh Yadav, an agreement to develop an international level stadium in Lucknow was also signed.

Speaking on the occasion Yadav said that his government was committed to develop structure of sports facilities as per the international standards.

He said that once the efforts were realised, the state would emerge as a better destination to hold international events.

Referring to the Green Park stadium, the CM said that it was historical but it was unfortunate that it does not get enough opportunity to host many international matches it deserves.

He said that the government would extend full support to ensure that international events were organised on regular basis.
Yadav said that his government has always promoted sportspersons and honoured them.

The experts said that after having its own ground the UPCA was contemplating to host T20 matches next year. 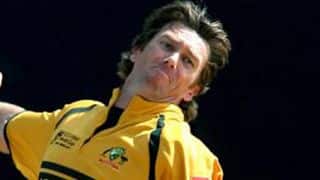 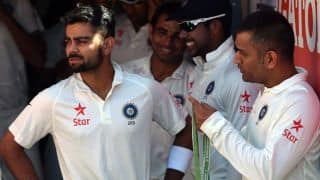 Virat Kohli planning to keep his emotions in check