Greg Chappell on Thursday cautioned selectors against choosing too many youngsters in the transitional Australian team and sacrificing experience. 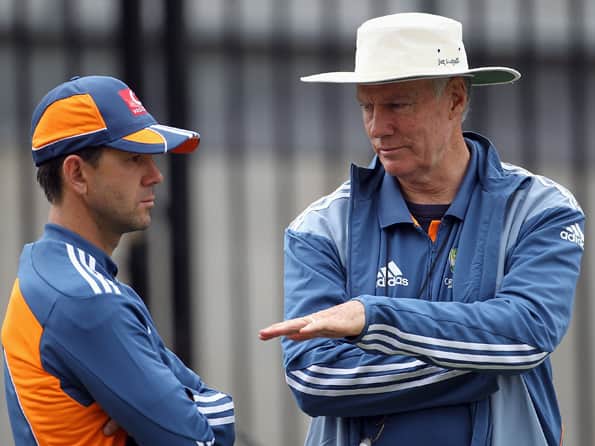 Greg Chappell on Thursday cautioned selectors against choosing too many youngsters in the transitional Australian team and sacrificing experience.

One of Australia’s greatest-ever batsmen, Chappell is Cricket Australia’s national talent manager, although he is no longer a selector following the recommendations of a major review into the domestic game.

Chappell said the likes of struggling former captain Ricky Ponting is making a contribution to the team along with the runs he scores.

“That knowledge and experience is a very handy asset to have in the group,” Chappell said at the launch of his book, Fierce Focus.

“You don’t want to bring all young players in together.

“I don’t think that’s a recipe for success, any more than you want to have a team that’s all old players and all experienced players. It’s about balance.”

Chappell said a bit of pressure was good for players when questioned about the positions of team veterans, Ponting and wicketkeeper Brad Haddin.

Although reluctant to nominate individuals, Chappell felt Australia had more good younger players emerging than was the case a few years ago.

“I’m excited about the prospects for Australian cricket. I think the next couple of years will be very exciting,” he said.

“We do have some really good young cricketers around the place.”

Mickey Arthur was Tuesday appointed Australia’s new head coach but Chappell, who once coached India, doubted whether he could offer any advice to the South African on overseeing another country’s cricketing fortunes.

“There’s a lot of things that you haven’t got control over as a coach. You are very reliant on the performance of the players on the field,” he said.

“But don’t worry, if you lose the coach will get the blame.

“That’s part of the territory. He (Arthur) has been around the traps, he knows what it’s all about.”

Chappell was philosophical about sometimes being a lightning rod for controversy and criticism in his post-playing days with India and Australia.

“At times, I have felt as though I have been unfairly treated but that’s OK, that happens,” Chappell said.

“People can only make their judgments on what they see and what they know.

“At times I feel I’ve had better information, more information to be able to make the decisions on and the criticisms have therefore been a little unfair.

“But that’s just part and parcel of being in these sorts of roles and you’ve got to ride with the punches.” (AFP)