Justice AS Supehia stayed Gaekwad's re-appointment and issued notices to him and the Charity Commissioner of Vadodara and posted the matter for further hearing on January 10.

Ahmedabad: The Gujarat High Court on Tuesday stayed the re-appointment of Samarjitsinh Gaekwad as the president of the Baroda Cricket Association (BCA) after a plea challenged his reinstatement by the Charity Commissioner following his removal by the BCA’s managing committee. Justice AS Supehia stayed Gaekwad’s re-appointment and issued notices to him and the Charity Commissioner of Vadodara and posted the matter for further hearing on January 10. The members of the BCA had challenged in the High Court Gaekwad’s reinstatement order given by the Vadodara Charity Commissioner on December 21 in 2016, after he was removed from the post of president of the association in July, 2016.

Seeking a stay on Gaekwad’s re-appointment, the petitioners contended that it was illegal as per section 41(A) of the Bombay Public Trust Act which says that once a person is removed as president, he cannot be reinstated by an order of the Charity Commissioner. They also contended that Gaekwad stood disqualified on the basis of the Supreme Court verdict on the recommendations of the Justice RM Lodha panel, because he had remained an office-bearer, including in the post of BCA president, for more than nine years.

As per the recommendations of the Lodha panel, which have been accepted by the apex court, no person above 70 years of age, of unsound mind, ministers, government servants, convicted persons, those who have held the posts for a cumulative period of nine years and those who are part of any other sports association, shall be eligible to hold any position in the cricket bodies. 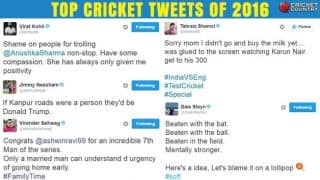 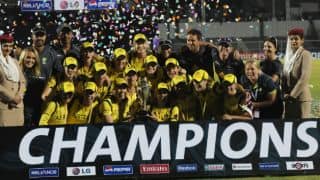