With half a foot already in the play-offs stage Gujarat Lions will hope to secure the elusive spot when they take on Delhi Daredevils in match 31 of Indian Premier League 2016.

Gujarat Lions (GL) take on Delhi Daredevils (DD) in match No. 31 of the Indian Premier League 2016. This match between table topper GL and mid-table DD will take place at Saurashtra Cricket Association in Rajkot. GL are coming from an emphatic defeat by the hands of Kings XI Punjab (KXIP) where Akshar Patel spun their batsmen out of misery to achieve 23-run victory over them. DD on the other hand having beaten Kolkata Knight Riders (KKR) by 27 runs look more dangerous than ever. A win in this match will take GL to 14 points almost assuring them to a play-offs birth, where as win for DD will take them to No. 2 in the table.  FULL CRICKET SCORECARD: Gujarat Lions vs Delhi Daredevils, IPL 2016, Match 31 at Rajkot

GL against KXIP showed how vulnerable their middle order is. It was only James Faulkner and Ishan Kishan that provided some saving face for them. Dinesh Karthik, Ravindra Jadeja and Dwayne Bravo needs to step with their batting if GL want to be consistent in their performances. With Dwayne Smith, Aaron Finch and Brendon McCullum looking in red-hot form its imperative that the other batsmen in the team support and rally around these players including Suresh Raina.  Their batsmen will be vary of the fact that DD have as many as three- world class spinners in their bowling line up.

DD much like GL were rescued by Karun Nair and Sam Billings in their last match against  Kolkata Knight Riders (KKR) along with three-batsmen back in the pavilion only in the 5th over. Nair and Billings took their time and launched themselves on to the stage which helped DD reach a respectable total of 186 in 20 overs. Batsmen like Shreyas Iyer, Quinton de Kock need to play with more responsibility with a barrage of all-rounders coming in the second half of the line-up.

GL till now have been defending any total that their batsmen have asked them to. But now with half the tournament over looks like they lack in middle over prowess and are highly dependent on Bravo and Praveen Kumar. One main chink in their armor is Jadeja who has failed to live up to his IPL standards so far, only good sign for them in the last match was Shivil Kaushik,who grabbed three victims in his kitty.

DD on the other hand have been lucky to have Zaheer Khan in their team who have taken over the bowling responsibilities along side the smart Chris Morris. Morris and Khan have been impeccable early on and also in the death overs. Knowing how GL fell to spin attack, DD are sure to include Imran Tahir into their playing who along side Amit Mishra make a deadly combination of any batting line-up to deal with. 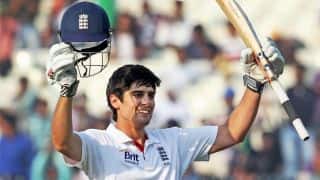