Gujarat Lions (GL) play Royal Challengers Bangalore (RCB) in Qualifier 1 of Indian Premier League (IPL) 2016 at the latter’s home ground at M Chinnaswamy Stadium in Bengaluru on Tuesday. GL are the only team to finish with 18 points, but RCB have momentum firmly on their side, having won their last 4 matches comprehensively. In fact, it was against GL that RCB started their current unbeaten streak. RCB notched up the biggest win by runs remaining in the history of IPL when they defeated GL by 144 runs a couple of weeks ago. Live Cricket Scorecard: Gujarat Lions vs Royal Challengers Bangalore, IPL 2016 Qualifier 1 at Bengaluru

Both Virat Kohli and AB de Villiers notched up sensational centuries to guide RCB to a humongous total, and the bowlers did the rest of the job as GL were left way short. Kohli had also scored his maiden T20 century against GL the first time the two sides clashed, but RCB’s ineffective bowling attack meant that they were unable to defend the 180-run total. Live Cricket Blog: Gujarat Lions vs Royal Challengers Bangalore, IPL 2016 Qualifier 1 at Bengaluru

Kohli scored an unbeaten 100 in that match, but contributions from the entire GL top and middle order meant that they were able to chase down the total by 6 wickets in the final over of the match. While Kohli has obviously been the major threat for GL, the likes of de Villiers, KL Rahul, and Chris Jordan have also done well across the first two matches they have contested. 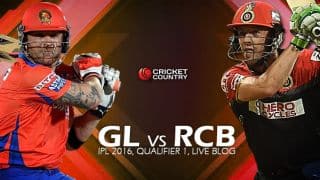 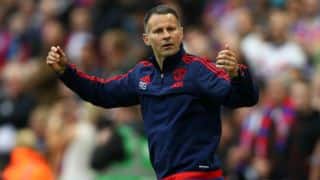