New Zealand were 71 for no wicket at lunch after choosing to bat on the opening day of the first of two Tests against the West Indies on Wednesday. 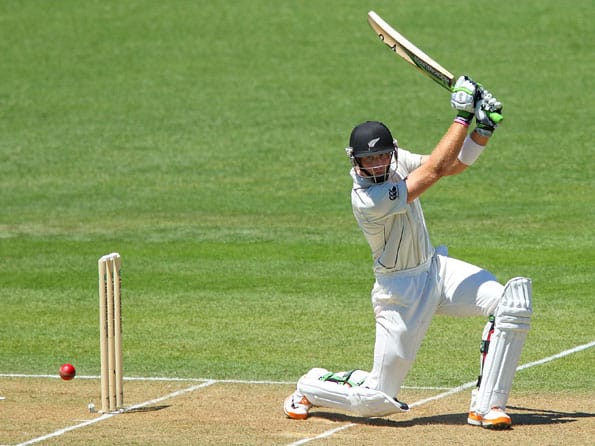 New Zealand were 71 for no wicket at lunch after choosing to bat on the opening day of the first of two Tests against the West Indies on Wednesday.

The match saw top-order batsman Chris Gayle return to the West Indies Test line-up for the first time since December 2010.

In a relatively sedate opening the Black Caps, beaten in the preceding one-day series, settled down as Daniel Flynn and Martin Guptill moved the score along after captain Ross Taylor won the toss.

Flynn had a scare when Kemar Roach made an early leg-before appeal in a slow start as six overs brought only as many runs.

But the pace then quickened as Flynn hit two boundaries off Darren Sammy before Guptill survived a caught-behind appeal.

Flynn hit another boundary off Sammy in the 18th over to bring the score up to 50 before Guptill slogged Sunil Narine for six.

A review then went against the hosts as Guptill was given not out lbw to Sammy following an inside edge.

Gayle has been absent from the Test side due to a standoff between himself and the West Indies Cricket officials board sparked by critical comments he made about officials in a radio interview after a sponsorship row.

He did return for the one-day series against England and played in the Twenty20s and ODIs against New Zealand but this will be his first Test appearance in 19 months.

During the standoff, the West Indies Test side used five different opening batsmen and between them they managed only three half-century partnerships in 31 innings.

This year the results have been even worse. During the series against Australia and England the West Indies opening partnerships averaged just 14.45.

The West Indies have dominated the tourists so far, taking the Twenty20 series 2-0 in which Gayle was awarded man of the series, and the ODI series 4-1 in which Gayle made an aggressive century and half-century. (AFP)