"Had you hanged Wasim Akram, Inzamam-ul-Haq, Mushtaq Ahmed - there s an entire list - instead of giving them a slap on the wrist, what s happening now would ve never happened." - Abdul Qadir

Pakistan are always on the wrong side of the headlines. They often live under the cloud of criticism. They are often being accused of something. And they always have a say about it, coming out in the open and feeding the media. Shoaib Akhtar once agreed that his team loses the contest in the dressing room than on the field. Well, even he is to be blamed for that, for his unfortunate tussle with his coach in ICC World Cup 2007. However, this time it Abdul Qadir who is the thick of the wrong things. He accused former cricketers Wasim Akram and Inzamam-ul-Haq.

“Had you hanged Wasim Akram, Inzamam, Mushtaq Ahmed – there s an entire list – instead of giving them a slap on the wrist, what s happening now would ve never happened,” Qadir told The Express Tribune. He then went on to defend the cricketers who were banned for life for getting involved in spot fixing. Ata-ur-Rehman and Salim Malik were made the scapegoats, and even they would ve escaped if they carried cricketing value or were in their prime. The way of our country is to nab the smaller culprit and let the bigger one go.

All of Wasim, Waqar, Inzamam and Mushtaq either currently work or have previously worked within the PCB. Why weren t the recommendations of Justice Qayyum s report enforced?

Former Pakistan cricketer Shahid Afridi shed some light on the matter as well. He told Geo News: “Until an example is set, this issue will continue. When a player knows he will be forgiven and brought back into the national fold after four or five years, there isn t any fear or deterrence.” 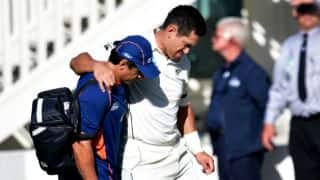 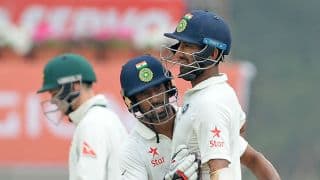