Pakistan completed a clean sweep of Zimbabwe by winning the second and final Twenty20 international by five runs at the Harare Sports Club on Sunday. 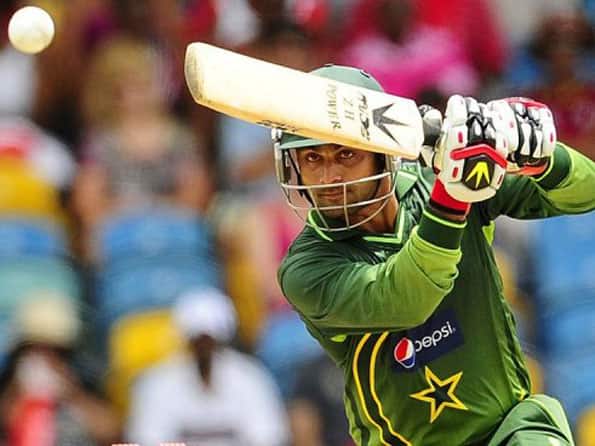 Pakistan completed a clean sweep of Zimbabwe by winning the second and final Twenty20 international by five runs at the Harare Sports Club on Sunday.

Pakistan made 141 from their 20 overs with man of the match Mohammed Hafeez top-scoring with 51 before Zimbabwe were held to 136 for seven as the tourists gave coach Waqar Younis a winning send-off.

“We really thank Waqar. The way he worked with everybody. He did a wonderful job, the way he came in at a difficult time. He had good inputs. A lot of youngsters came in. I’m going to miss him,” said skipper Misbah Ul Haq.

“I’m really satisfied with the way the team played. All the players got a fair chance and everybody performed.

“It’s been a good tour for us. The Sri Lanka series (in the UAE in October) means a lot for us, we’re going to prepare well and play well against them.”

Hafeez added: “It was a great tour for me. Thanks to the team, they supported me, our coach Waqar Younis. I’ll miss him.”

The home side went down fighting, with Tatenda Taibu at the centre of the action in a dramatic last-over finish.

With 20 runs required off the final six balls, Taibu smacked the first for a six over long-on and took a couple off each of the next four deliveries to leave six required off the last ball.

But Sohail Khan coolly bowled a full toss, wide outside off stump which Taibu was unable to get his bat on.

Zimbabwe openers Vusi Sibanda and Chamu Chibhabha had struggled to keep ahead of the run-rate and the brakes were slammed on by slow bowler Saeed Ajmal, who dismissed Chibhabha.

Elton Chigumbura (24) and Taibu (37 not out) provided late fireworks, but the home side fell short.

Pakistan had been 34 for three at one stage before Hafeez, who scored 71 and took four wickets in Friday’s 85-run win, took charge.

He hit 51 off 38 balls before eventually falling to off-spinner Ray Price.

Pakistan’s run-rate was slowed and they scored just 36 runs in the last five overs, but it eventually proved just enough. (AFP)