Hamilton Masakadza has announced he will retire from all forms of international cricket following the conclusion of a T20I tri-series in Bangladesh.

Zimbabwe captain Hamilton Masakadza has announced he will retire from all forms of international cricket following the conclusion of a T20I tri-series in Bangladesh.

Masakadza, 36, has made the decision following Zimbabwe’s suspension by the International Cricket Council (ICC) earlier this year that rendered them ineligible to participate in a qualifying tournament for the ICC T20 World Cup 2020 to be played in Australia.

“After a great deal of consideration, I have decided to announce my retirement from all formats of international cricket at the end of the upcoming triangular series in Bangladesh,” Masakadza said. “It has been an enormous privilege to have played for and captained my country and this is one of the hardest decisions I have had to make.”

Masakadza scored a century on Test debut against West Indies in 2001 and went on to play 38 Tests, scoring 2223 runs at 30.34 alongside five centuries and eight half-centuries. Last year, he led Zimbabwe to their first overseas Test victory in 15 years when they beat hosts Bangladesh by 151 runs in Sylhet.

Masakadza’s aim was to play at the ICC T20 World Cup 2020 in Australia before calling time on his career, but he decided to bring his retirement forward after Zimbabwe were barred from taking part in the qualifier tournament.

“I was looking forward to the ICC T20 World Cup Qualifier in Dubai next month, but with Zimbabwe barred from taking part in the event, I feel that the time is right for the focus to shift to the next generation,” he said.

He added, “We have some fantastic talent coming through and, with Zimbabwe’s focus now on the 2023 edition of the ICC Cricket World Cup, I believe now is the time for the younger players to rise to the challenge of taking us to the global showpiece. Indeed, now is the time for a new generation of young players to make their own history and take the Zimbabwe cricket team further.”

Bangladesh will host Afghanistan and the suspended Zimbabwe for a tri-series that begins from September 13 with the final to be played on September 24.

Masakadza is the second Zimbabwe cricketer to have announced retirement following the team’s suspension in July. Allrounder Solomon Mire had immediately retired saying “It is unfortunate and untimely however to leave under the current circumstances that are out of my control but i have decided to take a step in a new direction.” 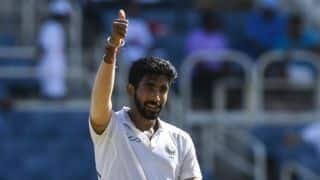 Jasprit Bumrah rises to No. 3 in ICC Test rankings for bowlers 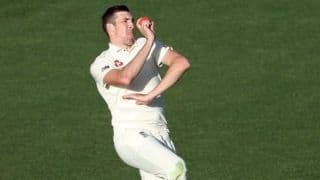