Hamsphire urged the Pakistan Cricket Board (PCB) to reverse their ban on former captain Shahid Afridi playing abroad as they began the defence of their English Twenty20 title without the all-rounder. 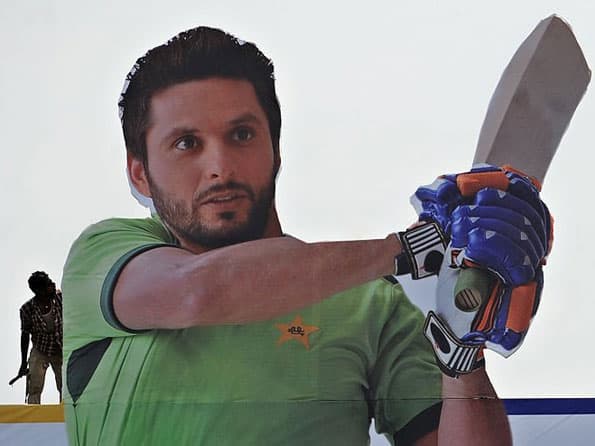 Hamsphire urged the Pakistan Cricket Board (PCB) to reverse their ban on former captain Shahid Afridi playing abroad as they began the defence of their English Twenty20 title without the all-rounder.

Former Pakistan one-day captain Afridi had his central contract suspended by the PCB on Tuesday, having announced his retirement from international cricket.

That move came after the 31-year-old was stripped of the Pakistan one-day captaincy last month following a spat with coach Waqar Younis.

The PCB has also revoked all no-objection certificates (NOCs) for the player, meaning a “disappointed” Afridi, widely praised for his role in leading Pakistan to the semi-finals of the recent World Cup in the subcontinent, will not be officially permitted to play overseas.

“It is with regret that Hampshire Cricket announces that Shahid Afridi – the Royals’ overseas signing for the Friends Life t20 competition — will not be available to play in tonight’s match against the Somerset Sabres at The Rose Bowl,” said a Hampshire statement on Wednesday.

“It follows the decision by the Pakistan Cricket Board to revoke their No Objection Certificate, thus withdrawing their consent for Shahid to take part in the competition.

“The club would like to make it clear that although we respect this decision we have been, and continue to, urge the PCB to rethink this matter, and we are keen to have Shahid playing for the Royals at some point in the season.

“Hampshire Cricket will be making no further comment on this issue at this time.”

The southern club later made light of Afridi’s absence to beat Somerset by seven wickets in a repeat of last year’s final.

Afridi, a hugely popular big-hitting all-rounder, whose leg-spin has become arguably even more important than his batting, had also been due to play in the inaugural Sri Lanka Premier League in July.

He had said he would not play under the current PCB set-up, headed by chairman Ijaz Butt, and accused the administration of mistreating the players.

He also lashed out at Waqar for undue meddling in team selection.

“Everyone should do his job and must be held accountable for that,” Afridi said, without naming anyone, on his return from the West Indies where he led the team to a 3-2 one-day series victory last month.

When asked about his dispute with Waqar, Afridi replied: “The differences are not at a stage where they cannot be solved.”

Afridi withdrew from Pakistan’s latest matches, a one-day series against Ireland which finished in a 2-0 win on Monday, to visit his ailing father in the United States.

Ranji - Prince of a small state, but king of a great game