Mills is expected to be out for close to eight weeks.

Hobart Hurricanes were dealt an injury blow with England left arm fast bowler Tymal Mills being ruled out of the 2018-19 Big Bash League. Mills, whose troubled hamstring has worried him in the past including last season for the Hurricanes has experienced a recurrence of it and is expected to be out for close to eight weeks.

Beyond gutted. Arrived out here in probably the best shape of my career so to go down before the tournament had begun is so disappointing. Backing the boys all the way and will be supporting from back home @HurricanesBBL https://t.co/PlHDzvGQix

The injury reportedly took place during a warm-up game between Hurricanes and Auckland Aces, following which Mills did not play the first game of the season for Hurricanes, against Brisbane Heat on Saturday.

“This comes at a really unfortunate time for Tymal,” Adam Griffith, the Hurrcanes’ head coach, said. “He was bowling well and feeling really good as a result of playing cricket throughout the year leading up to the Big Bash season.” 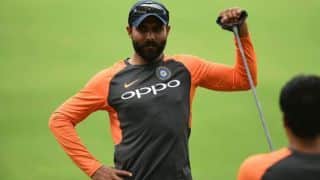 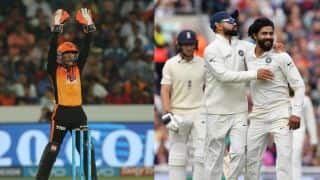