Vihari's commitment to the game can be gauged from the fact that he played for his employers Nelson CC in the Tamil Nadu CA league on Tuesday. Slowly becoming a vital cog in India’s Test setup, Hanuma Vihari wanted to utilise the summer months playing County cricket in England. However, the deadly COVID-19 pandemic has put breaks on India all-rounder’s plans for the time being. With almost all cricket matches getting postponed or cancelled due to the outbreak, there s no intimation that when the cricketing action will resume again.

Vihari , who cracked an unbeaten double hundred in the TNCA Senior Division league, wants to hone his skills with a prominent County side. But the deal will only be finalised once the current situation comes under control and travel bans are lifted globally.

“I was supposed to play four English county games this season. I would only be able to tell you the name when all the paperwork is complete. Right now, it’s on hold due to the unavoidable situation (COVID-19),” the 26-year-old was quoted by PTI.

Vihari is confident that he will be able to travel to the UK during the later part of the county season which is played from April to September. “Hope once it’s under control, I will be able to play those games. It will be a learning experience for me,” he said.

The BCCI, in recent years, has allowed top cricketers who are not playing in the IPL to compete in County cricket during the summer months. The likes of Cheteshwar Pujara, Ishant Sharma, Ravichandran Ashwin and Ajinkya Rahane are some of the prominent Test specialists who have plied their trade in Division 1 and 2 of English County.

Vihari’s commitment to the game can be gauged from the fact that he played for his employers Nelson CC in the Tamil Nadu CA league on Tuesday. He scored 202 not out against Alwarpet CC in a drawn game.

“I work for Nelson and I am committed to play when I am available. It was good match practice. Now I am back in Hyderabad. I will be taking a break for the time being,” he informed.

Talking about his 55 off 70 balls against New Zealand on a green top at the Hagley Oval in Christchurch, the gutsy right-hander was a touch disappointed.

“I wouldn’t call it my best innings. Yes, I was playing well but that innings didn’t get a victory for my team. It was good to score runs in tough conditions but you value it more when the team wins,” he said.

Vihari, who made his debut in England, has a decent Test record of 552 runs in nine games with an average of just under 37. Incidentally, he has played all his Tests abroad. “I have the self-belief and the team believes that I have the technique to get success in overseas conditions,” he said.

So, what has been the key to his four half-centuries and a century in countries like England, West Indies, New Zealand?

“Adaptability. I believe I have been able to adapt well in all conditions and I have confidence that I can perform any role that the team assigns me,” he said.

India will be playing nine Test matches (four away against Australia and five at home against England) between November 2020 and February 2021.

“I am sure that I will get a chance to play in home conditions as well. My job is to work hard and be prepared for any situation,” Vihari concluded. 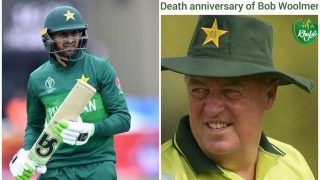 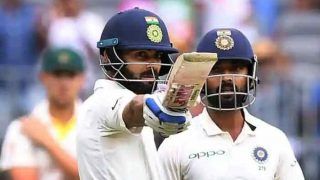