Hanuma Vihari is keen to get a hold of his excitement as he doesn't want to get carried away with the prospect of playing the WTC Final in the coming month.

India batsman Hanuma Vihari said he doesn’t want to get carried away with the importance of playing World Test Championship (WTC) final.

The right-handed batsman, who represented Warwickshire in English County Championship over the last month, is part of India’s 20-member Test squad that will play the WTC final against New Zealand from June 18 and five Test matches against England from August 4.

“I am excited, but you don’t want to show that much of excitement. Because you want to be in that moment,” he said in a video posted by the International Cricket Council (ICC) on Twitter. ” You don’t want to be too much carried away with the importance of the situation. As a sportsman, to play in the final of the World Test championship for India is always a great feeling,” he added.

Vihari, who was ignored by the Indian Premier League (IPL) franchises, has not had a great time in the county season.

He has played three matches and six innings and managed a total of 100 runs at an average of 16.66. He has made two ducks and two scores of eight so far.

Only his second match, against Essex, proved fruitful. He made 32 and 52 in that game with his second innings half-century helping the team chase down a 256-run target for a seven-wicket win. 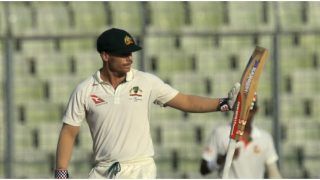