Middle-order batsman Hanuma Vihari and fast bowler Mohammed Siraj have been released by the BCCI from the India Test squad to allow them to play in the Vijay Hazare Trophy knockouts which have started from Sunday.

Vihari, who made his Test debut in England, will turn out for Hyderabad against Mohammed Siraj’s Andhra in the fourth quarter-final at the Just Cricket Academy Ground in Bengaluru on Monday.

The uncapped duo of Manish Pandey and Shubman Gill has been called up as their replacements and will fulfill the duties of substitutes in the ongoing second and final Test against West Indies being underway in Hyderabad.

Siraj received a maiden call-up for the ongoing two-Test against West Indies after impressing with India A. However, he was content watching the proceedings from the dressing room as he wasn’t given a chance for either of the two matches.

However, Shardul Thakur, who left the Asia Cup last month after picking up an injury, made his Test debut but lasted 10 deliveries before hobbling off. He didn’t bowl but came on to bat in India’s first innings scoring an unbeaten four off 12 deliveries as India replied with 367 all out to West Indies’ first innings total of 311 on Day 3. 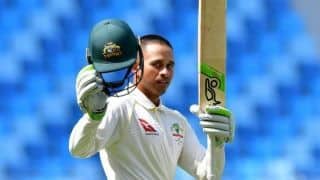 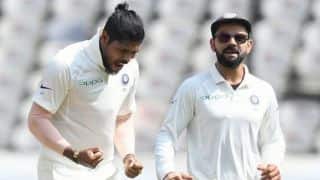