Born June 6, 1988, Ajinkya Rahane, the new Indian vice-captain for the tour of West Indies, turns 28 on Monday. Rahane was recently elevated as the vice-captain of the Indian Test team, for their important tour of the West Indies in July-August 2016. Rahane, who has struggled to cement his place in the limited-overs side for India — especially in the T20 format — has been a pillar of strength as far as batting is concerned in Test cricket. He made his debut in 2013 in the final Test of the home series against Australia, after waiting for 2 long years in the fold. ALSO READ: Ajinkya Rahane’s ascension as India vice-captain for West Indies tour signals shift in leadership prerequisites

Rahane has firmly established himself as one of the key batsmen for India going ahead. After 22 Tests, he averages a handsome 44.97 with 6 centuries and 7 half-centuries. On the other hand, he has played 67 ODIs and 18 T20Is for India after making his debut in the two formats in the limited-overs leg of the England tour 2011. ALSO READ: A class apart, Ajinkya Rahane reduced to playing second fiddle

Rahane has been a prolific run-scorer in the Indian Premier League (IPL). He used to open for Rajasthan Royals (RR) in past few seasons, and carried the same responsibility for his new side, Rising Pune Supergiants (RPS) in the recently concluded IPL 2016. 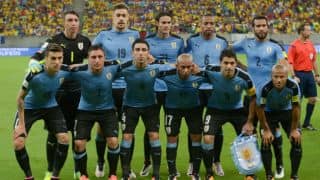