“Eoin Morgan is the best limited-overs captain England have ever had and he’s the best white-ball captain in the world right now. Morgan sets the right example too. Emerging young players like Tom Banton will see the captain take the positive route in everything he does and realise he doesn’t just talk the talk, he walks the walk.” – Nasser Hussain (In his column for Daily Mail)

Born on September 10, Morgan is arguably one of cricket’s most celebrated and charismatic players.

After Alastair Cook was sacked as England’s ODI skipper in December 2014, Morgan was appointed to lead the side at the 2015 World Cup, having already captained England in ODIs and T20Is as a stand-in.

The decision turned out to be a fine one as under Morgan’s leadership, England won their maiden 50-over World Cup in 2019.

Morgan has appeared in 16 Tests, 239 ODIs (23 for Ireland, 216 for England) and 94 T20 Internationals. He’s the all-time leading run scorer (7,510) and most capped player for England in ODIs. The 34-year-old also holds the England record for the fastest fifty in ODIs. During the 2019 World Cup, he smashed the highest number of sixes in an ODI innings – 17 against Afghanistan.

Over the years, he has established himself as a natural “finisher” – a role England had struggled to fill for a long time.

A young Morgan was part of the KKR squad when it won its maiden IPL crown in 2012 under Gautam Gambhir.

This time around though, Morgan has the reputation of being one of the best limited-overs captains going around after leading England to a historic World Cup victory.

His batting form and support to Dinesh Karthik will be key to KKR’s chances this season. 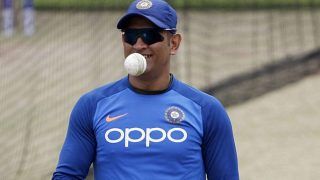 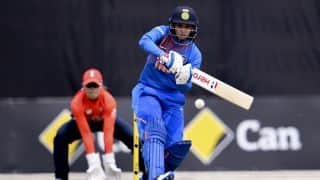