The right-arm fast medium made his international debut for India in a T20I against England in 2012.

Two-time T20 International (T20I) and Delhi bowler Parvinder Awana celebrates his 30th birthday today. The right-arm fast medium made his international debut for India in a T20I against England in 2012. He went onto make only one more appearance for his national side since then. Awana also represents Delhi in domestic cricket, and Kings XI Punjab (KXIP) in Indian Premier League (IPL). He signed up with the franchise in 2012 and was a regular part of the team till 2014. In the last two editions, he hasn’t featured in a single match. He last played for Delhi in a T20 match against Uttar Pradesh in January. ALSO READ: Happy Birthday Harsha Bhogle! Indian commentator turns 54

Awana made his international debut against England in 2012. In the T20I, he went wicketless, conceding 29 runs in his 2 overs. His next match, which incidentally is his last fixture with national side, saw him concede 42 runs in 4 overs, without scalping a wicket.

For KXIP, he made his first appearance in 2012 season. It was a very successful season for the bowler, as he took 17 wickets in 12 matches, conceding a shade under 8 RPO. He was a mainstay in the team during the 2013 season as well, playing 14 matches, and taking 15 wickets. But since then, he as failed to be a regular part of the squad, with just seven more appearances. In the past two editions, he hasn’t featured in a single match. 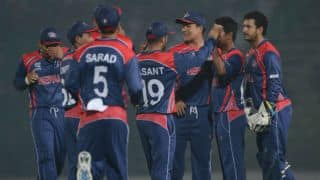