Rohit Sharma's teammates like Jos Buttler, the Pandya brothers, Jasprit Bumrah shared their thoughts on how he has inspired them over the years.

As the clock struck 12 and the Saturday made way for the Sunday, Mumbai Indians (MI) completed a thrilling game against Gujarat Lions (GL) in the ongoing IPL 2017. The game went into the Super-Over and MI handed their captain Rohit Sharma a perfect birthday gift, who turned 30 on April 30. During an interview after the post-match presentation, Rohit became emotional and mentioned, A good birthday present. First time part of the Super-Over, something new for us. We got a good start, wicket was always going to get slower. That was not the only gift the team gave to their inspiring captain. Rohit s teammates like Jos Buttler, the Pandya brothers, Jasprit Bumrah shared their thoughts on how he has inspired them over the years. Full Cricket Scorecard, Kings XI Punjab vs Delhi Daredevils, IPL 2017, Match 36

The video starts with Buttler who joined the MI camp last year. Buttler mentioned, Brilliant captain. He is a class player. Nice to have him on your side as opposed to playing against him. He is a fantastic leader for MI. Bumrah, who was the hero for MI in the thrilling match against GL also praised Rohit s captaincy for showing faith on the pacer when he was recovering from an injury and was not at his peak then. Krunal Pandya, who shone with the bat as well as ball on Saturday, thanked Rohit to back him right since his IPL debut.

Hardik, on the other hand, emphasised on the way Rohit allows his teammates to play their natural game.

Rohit has 30 IPL fifties to his name since the inception of the league and a century as well that he secured in 2012 against Kolkata Knight Riders (KKR). However, his form has not been pleasing in IPL 2017. Though he managed a fifty against Rising Pune Supergiant (RPS), Rohit has been below par. MI would hope Rohit Sharma finds his lost mojo and plays a captain s knock soon. 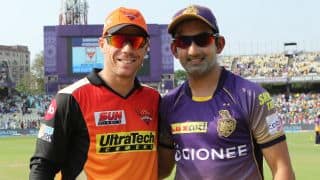 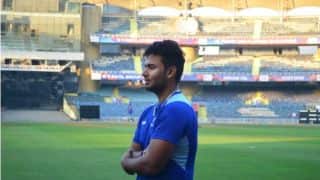 IPL 2017: MS Dhoni-comparisons do not affect me, says Rishabh Pant