"Thank you for making the Cricket Bat such a great weapon, which later many like me could also use" said Virender Sehwag

#HappyBirthdaySachin, #SachinTendulkar, #GodofCricket are hounding social media on April 24 for obvious reasons. While Sachin Tendulkar‘s teammates are sending birthday wishes to the master, Virender Sehwag‘s birthday wish is set to overshadow the remaining birthday wishes. Last year, Sehwag came up with the term ‘God ji’ and mentioned the man could stop time in India.

In response, Tendulkar had sent an ‘ulta’ birthday wish to Sehwag to which the latter was left stunned. On Tendulkar’s 45th birthday, Sehwag picked a dialogue straight from Shah Rukh Khan’s movie ‘Fan’. His wish read:

Many more happy returns of the day to a man who could stop time in India (literally) .Thank you for making the Cricket Bat such a great weapon, which later many like me could also use. #HappyBirthdaySachin pic.twitter.com/TVtpaxSiJz

He thanked Tendulkar for making ‘Cricket Bat’ a weapon that is now used by cricketers as a medium to set a statement. It will interesting to see how Tendulkar responds to Sehwag’s unique birthday message. 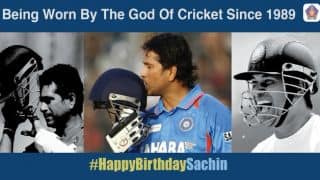 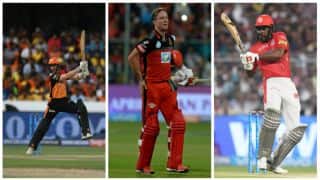