Shane Warne was the first bowler in Test history to take 700 Test wickets.

Shane Warne wished himself a very Happy Birthday on Sunday morning on his social media account on Twitter. He gifted himself the new C63S limited edition 1 car and posted  a picture of the game on his instagram profile. Warne, the Australian leg-spinner was the first bowler in history to take 700 Test wickets. Only Muttiah Muralitharan (800) has more wickets than him in a Test career. In just 194 ODIs he took 293 scalps at a superb average of 25.73 and strike rate of 36.3. Added to that is his miserly economy rate of 4.25, with as many as 12 four-wicket hauls but just one fifer. However, it is his Test record that could well stand the test of time. In 145 Tests, he took 708 wickets at 25.41 and a fantastic strike rate (for a spinner) of 57.4. He took a staggering 48 four-wicket hauls, 37 fifers, and 10 ten-wicket hauls in his career. READ: Shane Warne: 7 numbers that highlight his genius

After retiring he played T20 cricket, mainly in two leagues. He was an instrumental figure in leading Rajasthan Royals to title triumph in the maiden edition of the Indian Premier League (IPL). He also played for Melbourne Stars in the Big Bash League (BBL) in Australia. Warne has been active in the field of cricket and commentates often around the globe. Over the years he has had some very famous quotes and one of the famous quotes of Warne was: “Part of the art of bowling spin is to make the batsman think something special is happening when it is not.” His mystery deliveries, always discovered before Ashes series, were often figments of his imagination which preyed on the batsmen’s minds. Happy Birthday to the King of Spin! READ: Shane Warne — 40 less widely known facts 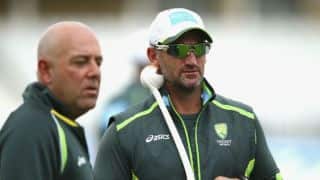