Sourav Ganguly represented India in 113 Tests and 311 ODIs before retiring in 2008.

Born on July 8, 1972, former Indian captain, Sourav Ganguly, turns 44 on Friday. He took over the reins of Indian cricket team in 2000 and completely made the team an aggressive force to reckon with, after the infamous match-fixing scandal which resulted in the sacking of the then skipper, Mohammad Azharuddin. Just like his captaincy, he was himself quite aggressive in his playing style and amassed 11,363 runs in One-Day Internationals (ODIs) at an average of 41.02. His Test average was also impressive at 42.17 with 7,212 runs. He debuted for the national team in Tests in 1996 during India’s tour of England and smashed a century at Lord’s. Regarded as the ‘God of the off-side’, he used to pounce on the deliveries pitched on the off-side. A veteran of 113 Tests and 311 One-Day Internationals (ODIs), he is regarded as one of the finest openers of India and formed a successful pair with Sachin Tendulkar in the limited-overs. ALSO READ: Arun Lal disappointed with Ravi Shastri-Sourav Ganguly controversy

Ganguly led a completely young team and met with a lot of success as Indian captain. He led India to the finals of ICC Champions Trophy in 2001 (Sri Lanka), ICC Cricket World Cup 2003 in South Africa, won a Test series against Australia at home (2001) and drew against them Down Under in 2003-04. Under his captaincy, India won the NatWest series against England and he celebrated by taking his shirt off at the Lord’s balcony, which has become an iconic scene in Indian cricket history.

In 2005, it was Ganguly who suggested Greg Chappell’s name for India’s coach after John Wright’s tenure ended. Later on, he had an altercation with Chappell due to difference in opinions and and mindset. He lost his form soon and was dropped from the team. His attitude and arrogance was always questioned and debated but the Bengal Tiger kept all negatives behind and was eager to make a comeback. He scored 239 his only double century in Tests, after his return and that showed his commitment towards the game. He retired from international cricket in 2008 during the home series against Australia. He has, thus, left a legacy of playing the game aggressively which is being followed by the current crop of cricketers in the Indian team. ALSO READ: Sourav Ganguly, the Greg Chappell saga and selecting right candidate for India coaching job

After retirement, he led Kolkata Knight Riders (KKR) and Pune Warriors (PW) in Indian Premier League (IPL) and is now a part of the Cricket Advisory Committee (CAC) which also includes VVS Laxman and Sachin Tendulkar. He is also the President of Cricket Association of Bengal (CAB). 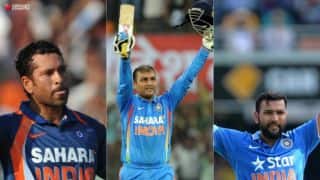