Born on November 5, 1988, Virat Kohli one of modern era’s batting sensation, and current Indian Test skipper turns 28 as he celebrates his birthday on Saturday. Kohli has been a batting masterclass for the newer generation of fans and already achieved idolisation status. Kohli started his long-list of achievements winning the Under-19 World Cup in 2008 and since then has grown from strength to strength. Kohli’s first Test series came after nearly four years into his international career in 2001 versus West Indies. Wherein, his maiden India call-up in One-Day International was as early as 2008. FULL CRICKET SCORECARD: India vs England, 1st Test at Rajkot

Kohli scored 159 runs in five matches in 2008 (his debut year ). Kohli made 325 runs in 10 games at 54.16 in 2009, and followed it up with 995 runs in 25 matches at 47.38 in 2010. He scored an unbeaten 100 on his World Cup debut. Kohli took over reins from MS Dhoni after the latter announced his retirement from Test cricket during the Border-Gavaskar Trophy 2014-15. Kohli was handed the responsibilities from there, and has not disappointed one bit. in the fourth Test. Testimony to Kohli’s dedication was that he scored as many four back to back hundreds in the first four Tests as captain.

Kohli is yet to lose a Test as full-time skipper winning against Sri Lanka in Sri Lanka, against South Africa at home. Kohli won his first away (out of subcontinent) tour against West Indies 2-0. Kohli’s second series was against New Zealand where his men ran riot over the visitors. Kohli also became first Indian captain to score double hundreds in Tests in the same year after scoring a scintillating 211 versus New Zealand at Indore. Kohli next assignment is facing Alastair Cook’s and his band of boys who play a 5-Test series just 4 days away from Kohli’s birthday. 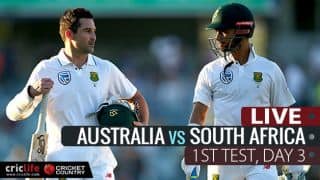 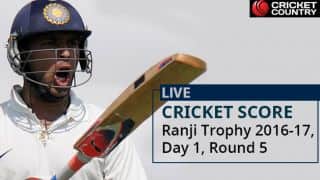