The India outcast said he looked at every game as an opportunity to do well.

Rest of India captain Harbhajan Singh doesn’t want to put too much pressure on himself thinking about his national comeback although he termed each and every match as “an opportunity to do well” in order to get back into the national team.

“I don’t think about being dropped. Every match is an opportunity to get better at my game. That will open the door for me when it comes to the national team,” he told reporters on the eve of the Irani Cup match against Karnataka at the Chinnaswamy stadium.

Harbhajan said the hunger in him is still there and have lot of cricket left in him, else he wouldn’t been here.

“I believe I am 33 and I can still do what 20-year-old players can do. As long as I believe in myself, nothing else matters. People have an opinion about me which I can’t change,” he said.

Harbhajan hoped his team would put up a good show as they had done last year against Mumbai under his leadership.

“I captained the team last year as well and we beat Mumbai. Hopefully, we’ll do well. It’s a big game for each and every one of us. If we all perform, it helps the team’s cause,” he said.

Harbhajan said all the players are looking forward to the match as it gives great opportunity for them to compel the selectors to take note of them.

The senior off-spinner said Karnataka were by far the best side throughout the season and was a fantastic achievement for them to lift the Ranji Trophy this year.

“Lokesh Rahul, Vinay Kumar and Karun Nair, have done well. Karnataka is a good side and we will be looking forward towards doing well against them,” he added.

The skipper was full of praise for young Jiwanjot Singh terming him a future India prospect.

“Jiwanjot Singh likes to bat for long time. It is good to see a youngster having that kind of mindset,” he added.

Rest of India coach Lalchand Rajput said the team would field three pacers of the four available with them.

The former Mumbai opener said that his team was not looking at the pitch but assured that the match would good to watch.

“I think Bangalore always produces a good wicket, a sporting wicket. They’re (Karnataka) Ranji Trophy 2013-14 champions and we’ve also got a good side. Not looking too much at the pitch but I can assure it will be a very good game,” he said.

Rajput said that he is familiar with most of the Rest of India players as most of them have been a part of India A set-up some time or the other.

“I’ve been with India A for last two years, I know most of them. It’s a matter of pride because they all know they’re among the best players in the country. This is a one-off game so the coach’s job is to make them feel they’re a part of the team and play as a unit. If they do that, the outcome will be good,” Rajput said. 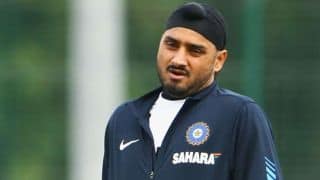