Harbhajan Singh Responds to Ravi Shastri's Remark on Virat Kohli, Says We Indians Would've Been Proud of i

'We would have wished he won another 40 and create a record.'- Harbhajan Singh New Delhi: Former Team India coach Ravi Shastri, a few days back grabbed headlines by mincing no words for Virat Kohli’s critics that had he continued his run as captain, people wouldn’t have digested the legacy. The 1983 World Cup winning member actually wanted the Royal Challengers Bangalore man to captain the side for at least two years. Ex India international and one of the country’s best ever spinners, Harbhajan Singh had his own way of replying it to Shastri’s controversial remark.

He said that he had no idea of whom the former coach is talking about but as Indians everyone would have been proud if Kohli had continued as skipper.

“This is a big statement – Ravi Shastri saying that people wouldn’t have digested it had Virat Kohli won another 15-20 Test matches and enhanced his legacy as India’s most successful captain. I don’t know who he is talking about, who wouldn’t have digested it but we Indians would have been extremely proud of it. We would have wished he won another 40 and create a record that another Indian captain would have needed to captain twice to match it,” Harbhajan told to Sports Tak.

Harbhajan also pointed out that despite winning series at home in the last 2-3 years, the batters haven’t grown and have ‘forgotten’ how to score runs.

“Also, in the last two three years, if you are to take out statistics of Indian batters, you would see that perhaps they don’t know how to score runs. Our batters have forgotten how to score runs. The confidence of batters are down because they don’t have much runs in the last 2-3 years. And when there aren’t runs, players are under pressure. You are winning series at home but your players aren’t growing,” he assessed. 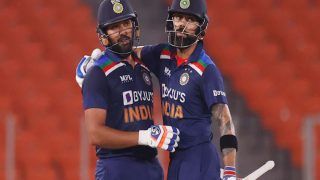 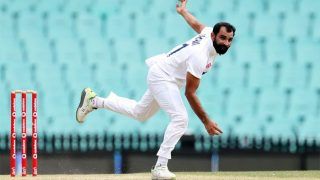 EXCLUSIVE! Mohammed Shami: Who Wouldn't Like To Captain India But I Am Ready For Any Responsibility Given to Me