Hardik Pandya and Natasa Stankovic have been blessed with a baby boy on Thursday, India all-rounder broke the news through his official social media handles. Hardik had been constantly sharing adorable photos of his wife Natasa’s post-pregnancy photo shoot. The 26-year-old shared an adorable picture of his baby boy on his Instagram handle with the caption: “We are blessed with our baby boy.”

Ever since the news broke out, all the who’s who of sports fraternity wished Hardik and Natasa for becoming parents. India skipper Virat Kohli being one of the first to congratulate. He was followed by not just the other Indian cricket team players and also head coach Ravi Shastri.

We are blessed with our baby boy ❤️🙏🏾

The duo had earlier announced in May that they were expecting a third member in their family. Fast forward a couple of months and they shared the good news with their fans and followers on social media, with the photo of their newly-born child. 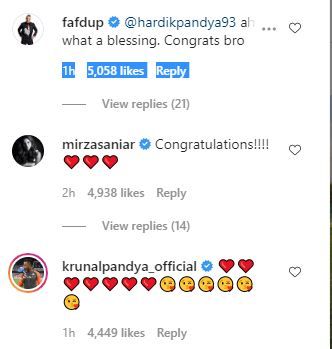 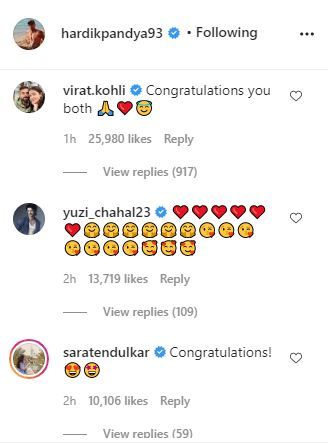 Hardik’s Instagram post in May had read: “Natasa and I had a great journey together and it is just about to get better. Together we are excited to welcome a new life into our lives very soon. We’re thrilled for this new phase of our life and seek your blessings and wishes.”

Earlier this year, Hardik had announced his engagement to Natasa via social media as well. On January 1, Hardik had shared an image of him proposing to Natasa and had captioned it: “Mai tera, Tu meri jaane, saara Hindustan. 01.01.2020 #engaged.”

The news of India all-rounder Hardik’s engagement to Natasa was not just a surprise for his fans, but also for his India teammates. 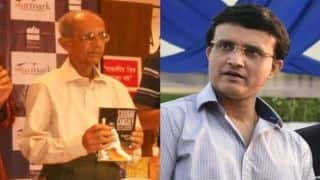