Hardik Pandya recently took Gujarat Titans to their first Indian Premier League title under his captaincy. He impressed many with his captaincy approach.

New Delhi: Star all-rounder Hardik Pandya will lead the Indian cricket team against Ireland in the two-match T20I series. Before the start of the series, he spoke about the influence of former captains MS Dhoni and Virat Kohli on his career.

Hardik Pandya recently took Gujarat Titans to their first Indian Premier League (IPL) title under his captaincy. He impressed many with his captaincy approach as he was seen leading the team from the front by promoting himself up in the batting order.

“Obviously I have taken a lot of things from Dhoni and Kohli but at the same time I also want to be myself, obviously my understanding of the game is different but I have taken a lot of good vibes from them,” Hardik Pandya said during a virtual press conference on the eve of the first T20I.

He added, “I am not instinctive but I see more situations than go on my gut. At what point of time, what decision the team requires, I focus on that rather than going on my gut. Gut always goes 50-50.”

Hardik Pandya stated that leading the Indian team is a big thing for him and but he doesn’t want to prove anything to anybody, especially in his first international series as a captain.

The all-rounder said, “I have got an opportunity to lead India. It’s in itself a big thing. I don’t play the sport to show anyone anything if I am good enough. I was always the same. If I can take ownership of my own things and take my own decisions, they tend to be strong. Cricket is such a game, staying strong during situations is very important.”

“Always responsibility was given to me and I took it and that’s why I became better. While captaining I will see how I can give the same responsibility to every player and give them the ability to fight with situations, ” he concluded.

The first T20I match of the series will be played at the Malahide Cricket Club on Sunday. The visitors will be hoping to start the series on high with a win in the first match. 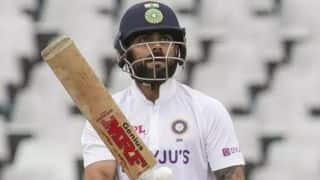 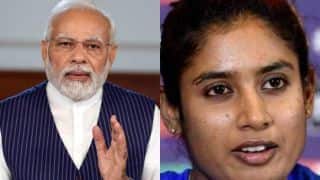