Harmanpreet Kaur, Punam Raut give thumbs up to BCCI's plans to introduce India A women's series

Harmanpreet Kaur, Punam Raut give thumbs up to BCCI's plans to introduce India A women's series
By Press Trust of India

Mumbai: Top women cricketers, Punam Raut and Harmanpreet Kaur, gave their thumbs up to BCCI’s reported plans for women’s cricket, like introduction of India A series and inclusion of more domestic fixtures. “Earlier there were not many domestic matches for women, but this year the BCCI is working on it and we will get good quality and more number of matches,” said right-handed batswoman Harmanreet. Harmanpreet, who scored a match-winning, unbeaten 171 against Australia in the semi-final of the ICC Women’s World Cup earlier this year, spoke to reporters after launching Punam Raut’s Sports Academy in suburban Kandivili, for women.

Echoing similar views, Punam, also a right-handed batswoman, expressed her view that the more initiatives the Cricket Board takes, the better it will be for the upcoming players.”Of course, the initiative by BCCI with regards to India A tour for women is good. More and more girls should come up. We get less number of series to play, but there is lot of talent coming up and it will be an opportunity to express themselves when they play for India A. It is a good initiative,” she said. Harmanpreet said the India A concept will help them.

“Of course, after the World Cup there are a lot of meetings in the BCCI on women’s cricket and they are working on us. India A concept will help us. As Punam said earlier there were less number of matches. Those who are not in the team but among the probables will get more experience when they play international cricket,” said Harmanpreet. Saying that there is a lot of bench strength, Punam expressed her desire to be part of a World Cup winning team. 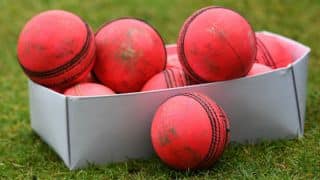 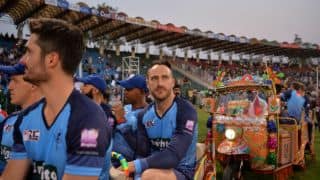