Harpreet Brar recalled the memory of the interaction with Virat Kohli after the match where the RCB skipper congratulated him.

Indian Premier League 2021 spin sensation Harpreet Brar said that claiming Virat Kohli’s wickets was very special for him in the game against Royal Challengers Bangalore. Brar, who played for Punjab Kings, had a dream match in IPL 2021 against RCB where he scalped three and made a valuable contribution with the bat.

Brar, who came out to bat in the business end of Punjab innings, scored quickfire 25* off 17. With the ball, Brar had a dream spell where he dismissed three of the most destructive batters in world cricket. He got rid of Kohli, Glenn Maxwell and AB de Villiers in quick successions to laid the foundation for Punjab’s win.

Brar talked about the game and recalls head coach Anil Kumble giving him a heads up before the clash.

“I remember Anil Kumble sir telling me to be prepared for the game. Any bowler dreams of getting wickets of good batsmen. In the modern era, picking Virat Kohli’s wicket is always special. In our game against RCB, I was just focussing on bowling good deliveries without getting nervous,” Brar told IndiaTV.

The left-arm off-spinner further recalled the memory of the interaction with Kohli after the match where the RCB skipper congratulated him.

“I was walking towards the presentation area along with Ravi Bishnoi when I crossed Kohli. He told me ‘very well bowled’ and keep bowling the way you’re bowling.”

The 25-year-old also talked about Punjab Kings’ skipper KL Rahul and said his advice helped him a lot during the tournament.

“Rahul had also entered the IPL at a young age. He had shared his experiences with us, telling us to wait for chances and give 100 per cent when the opportunity arrives. His advice helped me to be positive when I wasn’t getting many chances,” said Brar.

“IPL is such a huge platform for every player irrespective of his age and experience. It opens the door to international cricket. If you perform in the IPL, you get accustomed to the pressure of international T20 game,” he added. 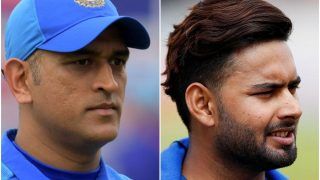 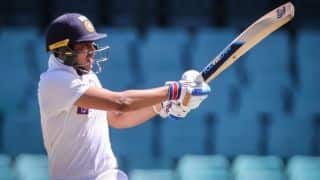