The case was registered in Hisar Sadar police station who had booked four people that includes the key accused, his friend Atmanand and the survivors female friend in March.

Where cricket aficionados are busy discussing the future of women s cricket after India Women s remarkable campaign in Women s World Cup 2017, there are still some plights that cannot be ignored being a women. A national level cricketer from Haryana has alleged delayed action against the arrest of a self-styled priest who tried to rape her in the name of marriage. The case was registered in Hisar Sadar police station who had booked four people that includes the key accused, his friend Atmanand and the survivors female friend in March. They were arrested under Sections 376 (rape), 342 (Punishment for wrongful confinement) and 120-B (criminal conspiracy) of the IPC.

If reports are to be believed the police have not only delayed the action but also used abusive language, as survivor presented the case to Haryana DGP, B S Sandhu. Speaking about the case, the survivor said one of her teammates was jealous of her success and in pursuit introduced her to one of the self-styled priest called Vidyanand who took her to Haridwar and raped her. Enlightening more on the treatment by the Hisar Sadar police officials, the survivor said, My statement was changed and police officials would use foul language for me when I would visit them at the police station. I met the Chief Minister s OSD, but he said he could not be of any help. Currently the SP of Hisar Sadar police station has raided the hideouts of the accused in Haridwar and Bhilwara in Madhya Pradesh.

Manisha Chaudhary, the SP, said, We have intensified the hunt for Vidyanand. Atmanand is already in jail. The third accused has procured bail from courts. 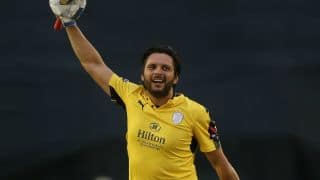