Hassan Ali spilled the beans, that Team India's Rohit Sharma is the toughest batsman he has bowled to.

Pakistan fast bowler Hasan Ali, after spending a lot of time on the sidelines, made a heroic comeback to the national side. Ali picked up 26 wickets in just four Tests to announce his comeback after being dropped previously from the squad. He performed really well in the Quaid-e-Azam Trophy which helped him to get a call up in the senior team. The right-arm pacer troubled several batsmen with his bowling prowess.

In an interview with Mazher Arshad on the CrickWick Youtube Channel, Hassan spilled the beans, that Rohit Sharma is the toughest batsman he has bowled to. The premium pacer recalled the 2018 Asia Cup and 2019 ODI World Cup where Rohit displayed his class to help India won the matches.

“The batsman who I believe can give me tough time is Rohit Sharma, and we saw that in the Asia Cup [2018] and World Cup [2019]. Although, in the Champions Trophy [2017], I didn’t get much of a chance to bowl at him. If it’s Rohit Sharma’s day, he can hurt you really hard, and he troubles me,” said Hasan.

Ali said that the Mumbai Indians captain has the capability to hit anywhere he wants and is not easy to pick up his signature shots which can trouble any bowler.

“He has a lot of potential and can hit you anywhere. He plays the ball late and in the line of the delivery, especially his pick-up shots, which is not easy. Not every player can play such shots, but Rohit has that ability,” added Hasan.

Rohit is one of the consistent performers for Team India in every format of the game. He is considered amongst the best openers in ODI formats and recently the 34-year-old has also cemented his place in the Test side. He is the only batsman in international cricket with three double centuries to his name in ODIs. 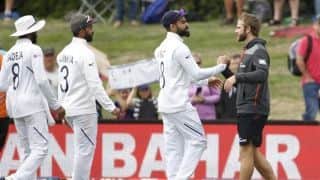 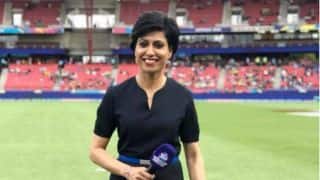