Hameed, 20, recovering from a broken finger suffered in India, and Duckett, 22, have also been selected for the second-string England Lions' upcoming tour of Sri Lanka.

“Having worked closely with the England selectors to assemble this group, I am very pleased with the fantastic talent we have at our disposal,” said MCC head of cricket John Stephenson in a club statement. “Haseeb Hameed, Joe Clarke and Ben Duckett are three of the most exciting young batsmen in the country at the moment, and I’m looking forward to seeing them,” the former England international added. “We’ve also selected a youthful and varied bowling attack which I’m sure will pose problems for the Middlesex batsmen.

Traditionally played at Lord’s – a ground owned by MCC and the headquarters of Middlesex – since 2009 the Champion County match, the curtain-raiser to the English season, transformed into a four-day day/night floodlit contest in Abu Dhabi. This will be Middlesex s first involvement in the fixture in its current format, after they won the 2016 County Championship – their first Championship title in 23 years. Although its is nearly 50 years since MCC ceased to run English cricket, it retains worldwide responsibility for the sport’s Laws or rules. 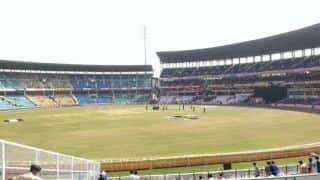