South Africa are likely to be without Hashim Amla for next week's second Test against Pakistan in Dubai after the world's leading batsman left for home Friday to attend the birth of his second child. 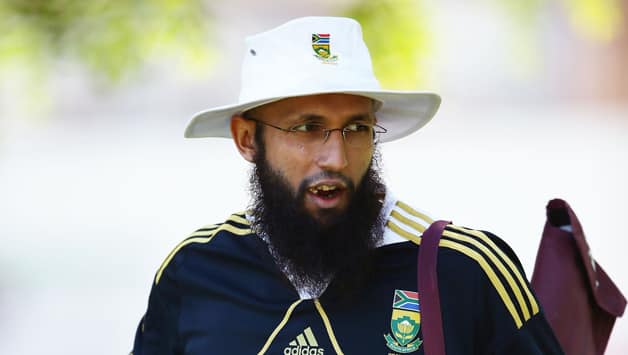 South Africa are likely to be without Hashim Amla for next week’s second Test against Pakistan in Dubai after the world’s leading batsman left for home Friday to attend the birth of his second child.

“Amla flew back to South Africa on Friday morning for the birth of his second child. His wife is expected to give birth soon,” a South Africa team statement said.

However, it remains unclear whether or not Amla will make it back in time for the second Test starting in Dubai from October 23.

Amla, ranked the number one batsman in the Test rankings, made 118 in the first Test which Pakistan won by seven wickets on Thursday.

But Amla said South Africa will be ready for the next match.

“We’ll probably have a few net sessions, but the biggest change will be mental,” Amla said prior to his departure.

“We know where we went wrong and this team is without a doubt a fantastic team. We take a lot of pride from our performance and this loss hurt, we set high standards for ourselves.”

The Proteas will not add a player to the current squad in his absence.

Amir Gani to lead Bengal Under-19 in Vinoo Mankad Trophy