South Africa lead the three-match series 1-0 after their easy win against Bangladesh on Sunday.

278 for 7 at halfway stage. Bangladesh would have reckoned that they are 20-25 runs short, but can spring up a surprise if they bowl well. Nonetheless, what followed was a tame surrender in front of two of the greatest modern-day openers: Hashim Amla and Quinton de Kock. In pursuit of 279, Amla and de Kock stitched an unbeaten 282-run stand to not only register the highest opening stand for South Africa, but also notch up the 3rd most successful first-wicket stand in ODIs. Sanath Jayasuirya and Upul Tharanga’s 286, against England, remains the best opening partnership.

De Kock slammed the first ball of the innings for four. He made his intentions clear since then. Amla remained relaxed and undeterred at the other end. He carved out another textbook innings and complimented de Kock. The left-hander, in turn, slammed his 13th century. Hence, he shed off his poor conversion rate as well.

Amla, on the other hand, was unperturbed like his partner. Bangladeshi bowlers, in absence of Mustafizur Rahman, looked clueless and lacked wicket-taking deliveries. At maximum, there were two dot balls in an over before one of the batters rotated strike or added a boundary to the score. As a result, Taskin Ahmed, Shakib Al Hasan, skipper Mashrafe Mortaza and Rubel Hossain remained unsuccessful collectively.

This is Bangladesh’s second disappointing run in 4 months. Before this, they failed to defend 265 against India in the semi-finals of ICC Champions Trophy, losing by 9 wickets.

Amla brought up his 26th hundred with a single. De Kock remained unbeaten on 168*; his second best score. This also becomes the highest individual score at Kimberley. Amla and de Kock brought up their second 200-run stand, and 10th partnership in excess of 100.

Let us walk through the top 5 opening stands in ODIs:

As mentioned, Amla and de Kock missed out on the highest opening stand by 5 runs. They fell short of the second best first-wicket stand, held by David Warner and Travis Head, by a mere 3 runs too. With the kind of form they were in, they would have hoped for a bigger total. Certainly, there was no stopping Amla-de Kock. 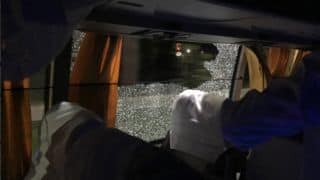 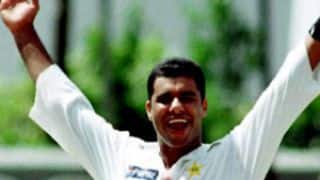