Amla goes out with 18623 international runs, making him one of the greatest batsmen to have played for South Africa.

South Africa s Hashim Amla has announced his retirement from international cricket with immediate effect, bring an end to a 15-year-long career. Amla goes out with 18623 international runs, making him one of the greatest batsmen to have played for South Africa.

The World Cup 2019 proved to be Amla’s last series where he scored 203 runs in seven innings as South Africa endured a poor campaign, not only failing to reach the semi-finals but becoming one of the first two teams to be eliminated. That however doesn’t take anything away from the fact that Amla enjoyed a glittering career for South Africa, reaching the pinnacle of batting in 2013, becoming the first batsman since Ricky Ponting to head both Test and ODI rankings at the same time.

“Firstly, all Glory and thanks to the Almighty for granting me this Proteas journey which has been nothing but a joy and privilege,” said Hashim in a statement. I learnt many lessons during this incredible ride, made many friends and most importantly shared in the love of a brotherhood called #proteafire.

“I would like to thank my parents for their prayers, love and support, it is their shadow over me that enabled me to play for years under the Protea sun. Also, My family, friends and agent, my team mates and every member of the support staff throughout this incredible journey. A heartfelt thank you to every one of you!

“The fans for energizing me when times were tough, and for celebrating with me when we succeeded together. And, of course, a very special thanks to the President and the Board at Cricket South Africa not forgetting the Chief Executive, Mr Thabang Moroe, and his administrative team. I really appreciate all the opportunities and am truly grateful.”

Amla ends his career as South Africa’s second-highest run-scorer in Test cricket after Jacques Kallis, with 9282 at 46.64. He scored 28 centuries, also second best after Kallis. Amla is the only South African batsman to score a triple-century in Tests, when he made 311 not out against England in 2008. The feat of South Africa’s only triple-century in Tests also belongs to Amla, scoring an unbeaten 311 against England in 2012 at The Oval. He was named South Africa Cricketer of the Year in 2010 and again in 2013. 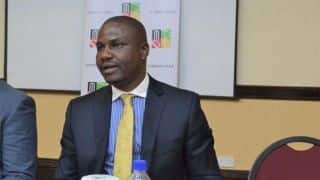