To celebrate a great legacy left behind by South Africa s mighty batsman, here s our pick of his top five knocks in Tests.

South Africa s momentous man Hashim Amla announced his retirement from all forms of international cricket on Thursday. The 31-year-old made his international Test debut for South Africa way back in 2004 against India at Kolkata. Over the years, he has grown in stature in the cricketing circles toppling batting records at will.

Amla has also led South Africa but it is as a captain he has contributed most. He has provided stability, control and freedom to the South African side. Some of the most widely regarded sublime Test knocks have come off his bat. Let us read into the top 5 innings of the Mighty Hash.

1. Unbeaten triple-hundred against England: One of Amla s finest knocks came against England on South Africa s England tour in 2012. England were restricted below 400 thanks to some inspiring bowling by Morne Morkel. In reply South Africa were a wicket down for just one run that s when Amla walked out at No.3. He batted majestically to knock up the country s first triple ton. Amla s 311 paved South Africa s way to topple a strong English side at home. Amla in his 529-ball stay in the middle saw him strike 35 fours. It spoke about his exemplary amount of determination and concentration.

South Africa won the match by an innings and 12 runs.

2. Amla s match-setting 253* against India: Setting first innings targets in India are very important which Amla understood very well in his knock at Nagpur in 2010. Amla alongside Jacques Kallis played a spotless knock. Amla recorded his first double ton which was laced with difficulties and some resilient batting. Amla s composure with wickets tumbling was for all to admire. Amla did find it problematic against Amit Mishra but did not show any signs of frustration. Amla ended up picking bowlers at will during his 473-balls stay.

South Africa won the match by an innings and 6 runs.

3. Hashim Amla- The lone warrior: Hot from a century in the first Test Hashim Amla continued to milk the Indian bowling attack at will at the iconic Eden Gardens in Kolkata. Amla in alliance with Alviro Petersen were the only saving face of a lacklustre South African batting display. Unlike Amla s previous knock, his first innings hundred came at a brisk pace at a strike-rate of 68.67. Amla eventually departed for 114, but was again out in the middle in the second innings to help his side avoid defeat.

Amla yet again continued to battle it out for his side facing almost 400 deliveries alone to remain the last man standing for his side. Amla fought dehydration, cramps and mental fatigue during his encore of 123 runs. Amla unfazed by South Africa tumble stood like a pillar of might Amla recorded yet another hundred but this time with a smile and sparkle in the eye.

India finally managed to topple the Amla threat to retain their No.1 ranking. South Africa lost the match by an innings and 57 runs.

Not once did Amla look to overdo a short. Amla in a matter of session played his game according to the situation. He was comfortable hitting the bowlers out of the park at will. Amla showed a mixture of exuberance and steadiness. After a poor show with the bat in the first innings, Amla along with AB de Villiers laid the foundation of a memorable win for South Africa. De Villiers as expected played a fiery knock, what was interesting that Amla s almost matches de Villiers shot-for-shot. Amla scored at a tad below 90 during his 196.

5. Amla s securing hundred at Lord s: England at home is a tough ask and South Africa were about to suffer the same. After holding out for 247 runs in the first innings South Africa were asked to follow-on by England.A staunch Hashim Amla came out. After centuries from Graeme Smith, Neil McKenzie, Amla held fort for his side and dropped his anchor. Amla who has weakness against bouncers fended off any thing that came his way without any danger.

Amla during his 231-ball stay in the middle nudged the ball, drove with grace and defended with all his serenity.Amla was able to deny the hosts a hard fought win in return staying unbeaten on 104 runs.

The match ended in a draw. 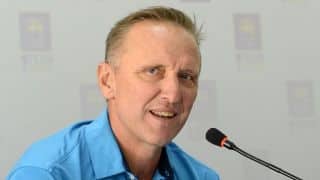 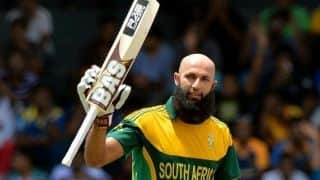 You brought a whole nation together: Tributes pour in after Hashim Amla retires from international cricket