Australia fast bowler Jhye Richardson feels his team is currently facing problem of plenty in the ongoing Ashes series after injuries had significantly depleted their pace reservoir in recent years.

Despite being fit, Australia had left out Mitchell Starc and Josh Hazlewood for the first Ashes Test against England and Richardson said it is good to have that sort of competition in the team.

READ: Australia name Starc and Hazlewood in 12 for Lord’s Test

“In the recent years, Australia has had a few injuries that have probably depleted our fast bowling stocks a little bit,” Richardson, who is rehabilitating after suffering a dislocated shoulder earlier in the year, said.

“But now, especially going into a big series like the Ashes having everyone available is perfect because if someone gets injured or someone is not performing then the next person is ready to go. From a selectors’ point of view, I think it’s a very good problem to have,” he added.

Richardson, who is in Chennai at the MRF Pace Foundation as part of the National Performance Squad, said he is now looking to perform in domestic cricket to earn a place in the Australian team.

“I think it’s just about setting goals. I firstly set the goal of World Cup. Obviously didn’t make it. I kind of understood in the lead up to the World Cup that I wasn’t going to make it. So it wasn’t so bad when I found out I wasn’t going,” Richardson said.

The 22-year-old paceman, who has played two Tests and 12 ODIs so far, had suffered a dislocated shoulder earlier in the year and is now aiming to join the Australian team just ahead of the fourth Test in Old Trafford.

Talking about his recovery after the shoulder injury, he said: “It has been quite slow. It has been about five months post injury and for something as traumatic as that its going really well. Obviously, I’m ready to play.”

Richardson said it will take some time to crank up his pace after recovering from the injury. “It’s going to take a little while. That’s probably the last little thing that you need to overcome to get back to one hundred per cent. I’m still bowling decent pace but I think to be able to bowl 145 (kmph) again, I think it’s going to the last little bit,” he said.

Richardson will work with Glenn McGrath, who is director of coaching at the MRF Pace Foundation, during the 18-day camp. 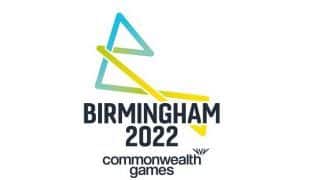