Hayle Matthews and Stephanie Taylor put up a stand of 120 runs for the first wicket that drove West Indies Women to their maiden World T20 title as they defeated Southern Stars by eight wickets in the final at Eden Gardens, Kolkata on Sunday. West Indies are the third champions of World T20 after England won the inaugural tournament in 2009 and Australia won the next three in 2010, 2012 and 2014. Prior to this final, no Women’s World T20 final witnessed a half-century and this match saw four of those—two each from both the sides. While opener batter Haley was dismissed for 45-ball 66, Stephanie went for 59 off 57. Her dismissal in the penultimate caused a tense situation with her side still needing another four runs off seven balls. However, Britney Cooper and Deandra Dottin remained unbeaten and ensured West Indies Women crossed the line successfully. Full Cricket Scorecard: Australia Women vs West Indies Women, Final match, ICC Womens T20 World Cup 2016

Jess Jonassen and Ellyse Perry opened bowling for Australian Women as they managed to keep the Windies under control only for the first three overs. Only nine runs came from those overs before Hayley Matthews took over Rene Farrell immediately after the latter came into the attack. Hayley smashed the second delivery of the 4th over towards midwicket to open her account of boundaries before ending the over with another four, this time to the ropes of square leg.

Megan Schutt, who has been Australia Women’s best bowler in the tournament, was not spared by the Windies. She went on to give 10 runs in her second over which included being hit for a six over the deep midwicket. It was West Indies and Hayley’s first big hit of the day. She gave the same treatment in the every next delivery. Perry was into her second over and Hayley came down the track and lifted the full toss over the bowler’s head for her second six. The West Indian skipper Stephanie Taylor took no time in joining the party as she went after Perry for two boundaries in the next three deliveries of the same over.

Perry who has always been Australia’s pick in crunch situation was being hit for as many as 16 runs an over, and that situation gave an impression the poor state of the defending champions in the match. The other bowlers, Jess Jonassen, Rene Farrel, Megan Schutt and Kristen Beams were expensive too, all went for above six-an-over.

Earlier, Meg Lanning and Elyse Villani scored a fifty each to help the Southern Stars post 148 in 20 overs . The wicket-takers for West Indies were Deandra Dottin, Anisa Mohammad and Hayley Matthews as they shared four wickets between them and the final wicket which was Australia’s Erin Osborne was bagged by a run out. The total was Australia’s sixth highest World T20 total and their highest total in the World T20 final. The Windies spinner Shaquana Quintyne although did not make any breakthrough, was the most economical bowler for them. She gave 27 runs in 4 overs. 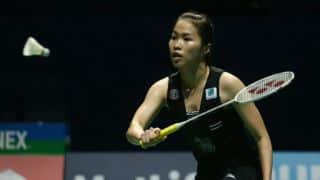 Rio Olympics 2016: Ratchanok Intanon says she needs to be more focussed to achieve her dream of winning a medal