Spilling the beans over Dhoni's international comeback and future with Team India, coach Ravi Shastri spoke about the legendary glovesman in an exclusive interview. 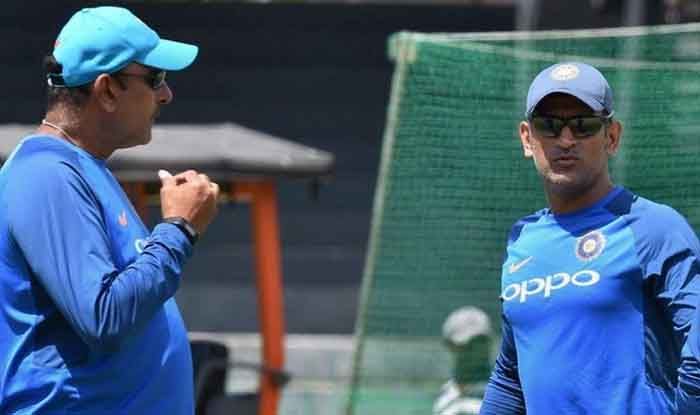 Despite scripting new records and setting new milestones series after series, Indian cricket has more often than not find themselves in the middle of a tricky question while answering about the future of MS Dhoni. Since India’s unfortunate exit from ICC Cricket World Cup 2019, Dhoni has remained out of action and kept himself away from all the media glare.

After opting for a two-month sabbatical from cricket to serve Indian Army, the former skipper further extended his break and missed the limited-overs outings against South Africa and Bangladesh. Dhoni was also not picked in the India squad for the West Indies series., beginning on December 6.

Spilling the beans over Dhoni’s international comeback and future with Team India, coach Ravi Shastri spoke about the legendary glovesman in an exclusive interview with IANS.

“It all depends on when he starts playing and how he is playing during the IPL. What are the other people doing with the wicket-keeping gloves or what is the form of those players as opposed to Dhoni’s form.

“The IPL becomes a massive tournament because that could be the last tournament after which more or less your 15 is decided,” Shastri said.

The 57-year-old further requested the fans to wait till the next year’s Indian Premier League (IPL) after which the management will have a better idea about the players who will play World T20 scheduled to be played in Australia next year.

“There might be one player who might be there and thereabouts in case of an injury or whatever. But your team I would say would be known after the IPL. What I would say is rather than speculating of who is where wait for the IPL to get over and then you are in a position to take a call on who are the best 17 in the country,” the 57-year-old further added.

Over the last few weeks, several photographs have emerged on social media which suggest that the former India wicketkeeper is spending time with his family in his hometown – Ranchi. Dhoni was spotted giving batting tips to one of his friends at a local ground on Monday.

Shastri also spoke about Dhoni’s possible successor – Rishabh Pant. Pant’s form and future with the national team is the hot topic in Indian cricket at present. While some love him, others like to pull him up, but for Shastri, there is a superstar in Pant who just needs to be given that cushion to settle down and feel at home.

“Nothing. Just tell him that you are young and nobody expects you to learn everything in one day. You are bound to make mistakes, but as long as you sit down and thing about ways to rectify those mistakes, you know that is what this game will teach you. You are not going to be a superstar in one day. You will have your ups and your downs. That is life, but the more you work harder, the more the sacrifices you make, the better you will become,” Shastri smilingly said. 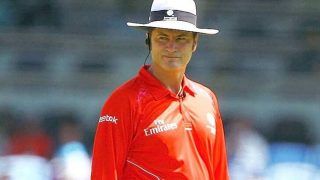