With the start of the English cricket season put back until July 1, doubts remain over England women's limited overs matches at home to India, originally scheduled for June.

England women’s cricket captain Heather Knight revealed on Sunday her “worry” that all women’s sport could get left behind once the coronavirus pandemic ends.

Sport around the world has been left in limbo by COVID-19 and now there are concerns that cash-strapped governing bodies, desperate to regain lost income, will prioritise money-spinning men’s events over generally less lucrative women’s fixtures when live action resumes.

Asked if she feared women’s cricket might now be less of a concern in the current climate, Knight told Britain’s Press Association: “That’s the worry in women’s sport across the board, not just in cricket.

“We’ve obviously got to accept that the most commercially viable parts of the game will be given priority. But we’re making sure that the women’s game gets a bigger voice and we’re given the same sort of chance to get back playing as the men are.”

Women’s cricket has made huge strides in recent years, with more than 86,000 spectators attending the Melbourne Cricket Ground to see Australia beat India in the Twenty20 World Cup final in March a match that took place shortly before sport was brought to a standstill by the virus.

“I’ve only ever seen it like that for a Test match, that was pretty cool knowing it was for a women’s game,” said Knight. “I just hope it was not just a one-off event and that support continues and the people that came to watch and enjoyed will continue to do so, not just in Australia but all over the place.”

But with the start of the English cricket season put back until July 1, doubts remain over England women’s limited overs matches at home to India, originally scheduled for June.

England and Wales Cricket Board chief executive Tom Harrison refused to say Friday that if men’s international cricket was given the go-ahead on health and safety grounds later in the season that women’s matches would be played as well. However, he did say the ECB were working “very closely” with their Indian counterparts to reschedule the series.

“We are going to, of course, do everything we can to get women’s cricket on,” Harrison insisted. “It’s no less important than the men’s game.” 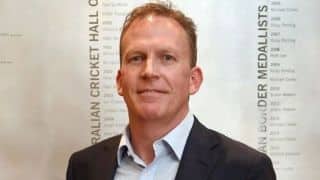 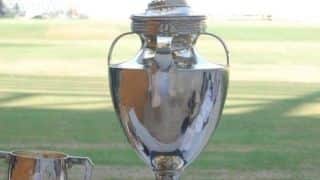