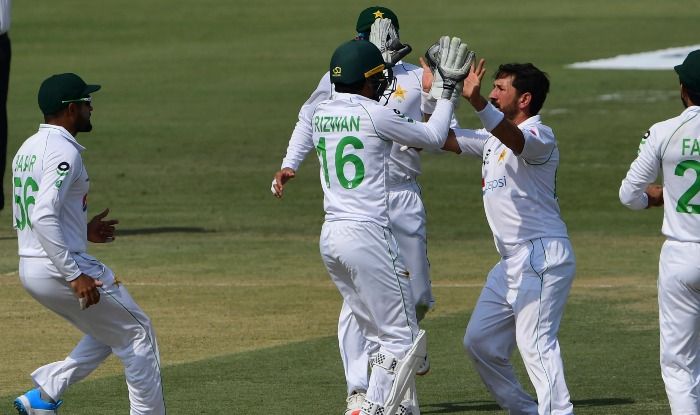 Spinners brought Pakistan back into the game in the last session on Day 3 as South Africa lost wickets in quick succession despite taking the crucial 29-run lead. At Stumps South Africa were on 187/4 with Keshav Maharaj and skipper Quinton de Kock in the middle. Spinners Yasir Shah and Nauman Ali claimed crucial three wickets in the last session to hurt the visitors.

Meanwhile, Pakistan resumed their overnight total of 308/8 on Day 3 and managed to score 378 to take a healthy 158-run lead.

1. On Day 3, Pakistan’s Hasan Ali was dismissed early in the day on 21, Nauman Ali and last man in Yasir Shah put up a last-wicket stand of 55 runs in 64 balls. Yasir played crucial unbeaten innings of 38 runs to put Pakistan in a comfortable position.

2. South Africa started their second innings on a cautious note as openers Aiden Markram and Dean Elgar shared a 48-run stand for the opening wicket. Yasir broke the crucial stand and dismiss Elgar on 21.

3. Markram and Rassie van der Dussen took the responsibility on their shoulders and put up a partnership of 127 runs for the second wicket. The duo played a crucial role in South Africa taking the 29-run lead. Markram scored 74 runs in 224 balls while Van der Dussen slammed 64 off 151 balls.

5. Keshav Maharaj has score two runs till now while De Kock is yet to open his account. The duo will have to play a big innings to put South Africa back in the game. 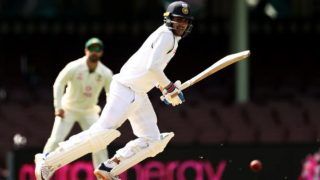 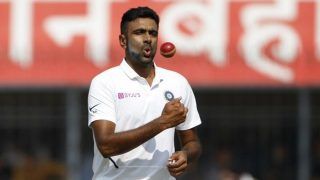