The Scorchers' bowlers have been on the money so far.

Chasing the Perth Scorchers’ massive first innings total of 191 to win the Big Bash League 2014, the Hobart Hurricanes are struggling to get going against a disciplined Scorchers’ bowling attack, aided by some wonderful fielding. They have reached 42 for the loss of two wickets at the end of their powerplay overs.

Player of the tournament, Ben Dunk opened the batting for the Hurricanes alongside Tim Paine. Paine didn’t last long, as he fell to Behrendorff in the fourth over. Dunk too departed in the sixth over, and now all hopes rest on George Bailey. 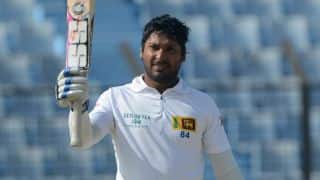