Money raised from the event will be given to UNICEF's Nepal Appeal and Operation Breakthrough.

Top cricketers from Hong Kong and Nepal, along with a local development side, will take part in a two-day charity tournament named, ‘Sixes for Nepal‘ on August 15 and 16. The event will be organised by Hong Kong Cricket Association (HKCA) and six teams will be competing in a six-a-side format at the Kowloon Cricket Club. Money raised from the event will be given to UNICEF’s Nepal Appeal and Operation Breakthrough – a local charity that works to prevent crime and juvenile delinquency among the children from the disadvantaged environments.

The six teams will feature a spread of players from the Nepal national cricket team and Hong Kong, who are fresh from qualifying for next year’s ICC World T20 finals in India. The money which will be raised from this event will be used for the development of most earthquake and continuous aftershocks affected area of Nepal. Siddhant Lohani, Sompal Kami, Sharad Vesawkar , Shakti Gauchan , Basant Regmi and Bhuban Karki are the players taking part from Nepal for sixes different teams. How Sachin Tendulkar and Don Bradman are related to August 14 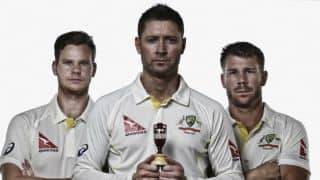