After 19 seasons, the Hong Kong Sixes has been put on hold for 2019 – and potentially cancelled forever – as Cricket Hong Kong (CHK) struggles to attract investors and mulls an operational shift towards hosting tournaments which generate rankings for T20Is and ODIs.

Speaking to the South China Morning Post this week, CHK chairman Tony Melloy said that the tournament was indefinitely shelved. “The format was very successful in the ’90s and noughties. But given the really complex and congested cricket calendar, we need to stick to recognised formats,” said Melloy.

For a generation of fans, visuals of the Super Sixes being beamed into households across Asia with the boom of the cable television era in the early 1990s are synonymous with cricket in Hong Kong. Indeed, the Kowloon Cricket Club, established in 1904, became something of a household name to many Asian cricket watchers during the 90s on account of the Hong Kong Sixes being televised each year.

Since its inception in 1992, the Sixes has attracted many big international stars. Graham Gooch led an English cricket team to the title in 1993, and the likes of Anil Kumble, Brian Lara, Wasim Akram, Shane Warne, Stephen Fleming, Jonty Rhodes, Craig McMillan among many others have participated in the competition over the years.

The Hong Kong Super Sixes faced roadblocks – from 1997 for 2001 it was discontinued – but for 12 successive years the tournament drew crowds, sponsors and various international cricketers. Then, as sponsorship interest dwindled and government funding became harder to access, CHK in 2017 was forced to the tournament.

In short, a combination of sponsor apathy and difficultly accessing government funding for the Sixes, as well as the evolving landscape of global cricket, all contrived to bring a halt to the competition.

“There was a long held dream of bringing the Sixes back in all its glory, with more teams playing, and even perhaps expanding the concepts to run similar weekend events elsewhere in the world,” Tim Cutler, the first official CEO of Cricket Hong Kong, tells CricketCountry. “This concept had been attempted before, most recently by Shane Warne and his brother back in 2008 but this never got off the ground, somewhat prophetically perhaps with the organiser’s finals comments being they had scrapped the idea and were looking at a T20 event.

“Also, the cricket calendar is beyond crowded and the days of Full Members willing to send their best players to the Sixes is long gone, and a number of them had told CHK privately that the concept was irrelevant and that they would not be continuing their participation.”

In Cutler’s estimation, Melloy’s comments are a clear indication that the concept of an international Sixes event of any scale, similar to those held in the past, have been shelved.

“There will be disappointment with fans – especially those who watched the event during the 90s and early 2000s – but in general I think the cricketing community will just be sad they’re losing a marquee event, even if it had only been back for one year,” he says. “From a status point of view, the perspective of cricket in Hong Kong has long been shaped by the event, and even when the men’s team was competing in T20 World Cups, including an amazing upset over the Bangladesh side in 2014, I have always been taken aback as to how well people recalled previous Sixes.”

Cutler, who held the post of CHK CEO from 2015 to 2017, is credited with devising and launching the Hong Kong T20 Blitz. That tournament, launched in 2016, was put on hold in 2018 after CHK failed to attract enough overseas cricket stars.

Cricket in Hong Kong has for long received the support of the government, before the financial shot in the arm that the Sixes and Blitz provided. This helped push the Hong Kong national cricket team up the ladder of the ICC’s global development funding model, but operational and financial challenges remain.

From 2015 to 2018, Hong Kong had 15 full-time professionals and government funding nearing US$1 million, but of the seven cricket grounds in the country only three have turf pitches. Additionally, CHK is dependant on commercial interest, ticket sales, tourists to Hong Kong and the team’s status as an international team. As Cutler points out, with no global league or real ICC recognition of the Sixes of Blitz, the organisers were facing an upwards battle. And as T20 leagues popped up across the globe, the Sixes and Blitz struggled to compete.

Was it sustainable for CHK to host two T20 competitions in the same year?

“There was always a fear that diluting the interest gained for the Blitz by running the Sixes too soon that is, before the Blitz was turning a profit could come back to bite, but certain elements of Hong Kong cricket’s power brokers were hell bent on having the Sixes back,” says Cutler, now an independent consultant and founder of Emerging Cricket.

“While the idea of a ‘festival of cricket’ over two weekends, and incorporating both events was admirable, without the support of some major partners, it was always going to be close to impossible to pull off. The Blitz franchises have some great contacts and they had long spoken of wanting to work closer together to share the potential upside of introducing these global entities to the Blitz to help it grow, there remained a disconnect – both on paper and physically – between CHK (and its wholly owned events arm, China Cricket International Limited) and the franchises owners. This was made clear to all when Sushil Kumar of City Sports, who owns a Blitz franchise and a team in the Caribbean Premier League, told me that CHK had not returned calls or emails on the Blitz for months.”

So what does the future hold for T20 cricket in Hong Kong?

“With a separation between owners and the administration, the game will always be fighting for success with one hand tied behind its back,” says Cutler. “And this comes to attracting commercial partners too. While CHK had a well developed commercial framework – we were chosen to pilot the ICC’s commercial strategy toolkit in partnership with global sports management firm CSM in 2016 – the challenges behind the scenes, being of a lack of facilities to host major events as well as simply host more local cricket, and competing voices in the community calling for focus on different areas of development all created additional noise, beyond the challenges of securing sponsorship for a sport that doesn’t reach the mainstream of Hong Kong conciseness as much as it should.”

Attracting commercial partners has not been easy in Hong Kong, but while the shelving of the Sixes can be viewed as the hammer coming down hard, Cutler sees an opportunity in the current scenario.

“I actually think this gives all parties a better starting point to run a Blitz that not only continues to be the ‘jewel in the crown’ but from within a model where all parties can work together to grow the concept to what we always envisaged it being, the premier cricket event in South-East Asia – and possibly expanding to other markets in the region – but also the hero tournament of the emerging cricket world, continuing on from where the event became the first to mandate squad spots for overseas Associates, also considering options for a women’s event too, which had been discussed previously,” he says.

“In short, while there may be a short time of mourning for the loss of the Sixes I think this decision will benefit the sport in Hong Kong overall, especially considering the recent relegation of the men’s team outside the top tier of Associate 50-over cricket, despite the side’s amazing performance v India in 2018’s Asia Cup.” 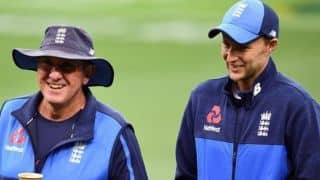