Perry scored 60 runs across five innings, remaining unbeaten in four of them with a highest score of 39 not out. She finished as the tournament’s fourth highest wicket-taker, collecting nine scalps at an average of 9.88 apart from claiming four catches as well.

In the final as England were bowled out for 105, Perry claimed one wicket that made her the second female cricketer to record 100 T20I wickets and the first from her country to do so.

“Very special,” Perry said of the title win at the post-match presentation. “This has been a long 24 months of working really hard and putting together a really awesome plan, and to have it come off tonight was absolutely awesome. But it’s been a wonderful tournament, we’ve had so much fun.”

She continued, “It’s been a pleasure watching Meg (Lanning) throughout the tournament bat but everyone across the board has contributed. It’s been a great time, and lovely to get the result tonight and hopefully inspire lots of boys and girls back home to play cricket.”

Australia endured disappointing results in their previous two World Cup appearances (Women’s World T20 2016 and ICC Women’s World Cup 2017). Perry said the team wasn’t under any pressure to do well in the West Indies and they took it as a challenge.

“I don’t think it’s been tough at all, it’s actually been a huge pleasure to take on this challenge, we’ve done a lot of things to improve our game and take on a different brand of cricket, and hopefully it’s been really inspiring to people watching it. We’ve got the easy job, going out and enjoying ourselves on the field with a great group of girls who are all really good friends. So it’s been a wonderful journey for us,” she said. 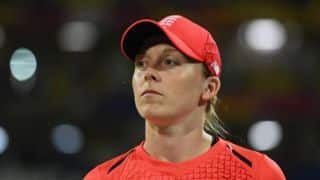 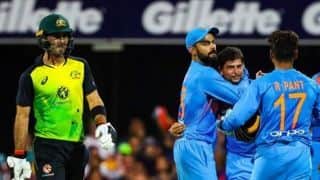 India vs Australia 2018, 3rd T20I, LIVE Streaming: Teams, Time in IST and where to watch on TV and Online in India