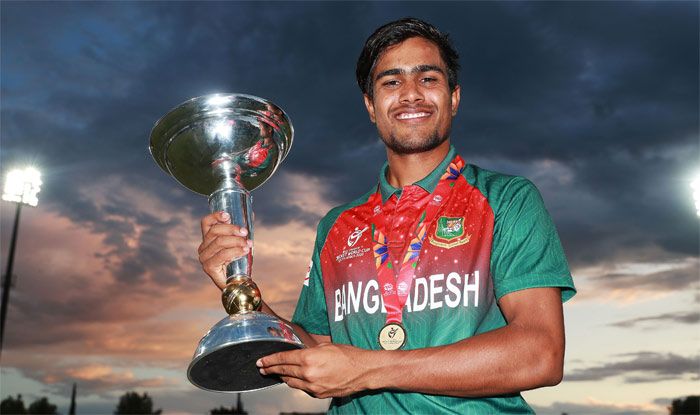 Bangladesh U-19 captain Akbar Ali is hopeful that their historic win in the ICC U-19 Cricket World Cup 2020 final will serve as a stepping stone for greater things saying the title is a dream come true. In a tense final, Bangladesh beat defending champions India via DLS method at the Senwes Park in Potchefstroom on Sunday thus lifting their first ever world cup trophy in cricketing history.

“It’s like a dream coming true,” Akbar said at the post-match presentation. “It’s all about the hard work that we put in the last 2 years. I can’t thank the coaching staff enough. It’s purely hard work.”

India were bowled out for 177 and then Bangladesh overcame a collapse to chase down a revised target of 170, registering a three-wicket win. It was a closely fought contest and naturally, tempers flared. Things came to a head after Bangladesh hit the winning run when the players of the two teams were involved in a heated altercation forcing the umpires to intervene.

Akbar termed the incident as unfortunate while congratulating India who entered the summit clash winning all their matches. “Some of our bowlers were emotional and were pumped up. What happened after the game was unfortunate. I would like to congratulate India. A big thanks to all our supporters,” he said.

With Bangladesh in a tricky spot thanks to Ravi Bishnoi’s burst of four wickets, opener Parvez Hossain and Akbar showed nerves of still to ride through that phase, putting them back on track.

Hossain scored 47 before departing with 35 still to win. Akbar showed composure to guide his team over the line, remaining unbeaten on 43. “It’s been a very good experience, it’s just a beginning for us. Hope it can be a stepping stone for our future cricketers,” Akbar said. 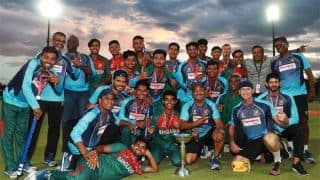