Pakistan Cricket Board has informed the ICC that it intends to host Bangladesh for a Test series in April in a bid to revive international cricket at home. 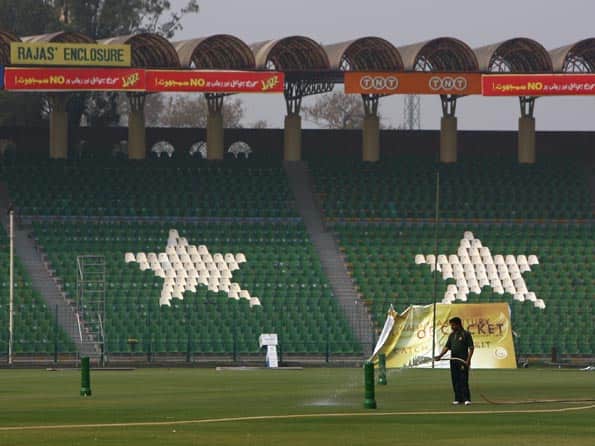 Pakistan Cricket Board has informed the ICC that it intends to host Bangladesh for a Test series in April in a bid to revive international cricket at home.

A PCB official said that the Board was confident of the Bangladesh tour going ahead since the government had also given its assurance of top level security arrangements for the touring side.

“The reason we have kept the ICC in the loop is that even their security experts are aware of the arrangements being made for the Bangladesh team. But primarily this is a bilateral series that has to be finalised between two boards,” a PCB official said today.

“Our main aim is to break the ice of Test teams not coming to Pakistan. If Bangladesh come we will have better chances of convincing other Boards that they also now need to support us,” he said.

The PCB sent its chief operating officer Subhan Ahmad recently to Dhaka to personally offer condolences on the sad demise of the chief executive of the Bangladesh Cricket Board Manzur Ahmed.

The official said Subhan had not officially discussed the invitation to Bangladesh Board to send its team to Pakistan but the BCB officials had indicated that they were in the process of getting clearance from their government to send a high level delegation to Pakistan to inspect the security arrangements for their team.

The official, who declined to be named, admitted that the chances of Bangladesh touring Pakistan would depend entirely on the briefing given to their security delegation.

“If their security delegation is satisfied than the tour is on and it will be a big breakthrough for Pakistan cricket,” the official said.

No foreign Test team has toured Pakistan since the March 2009 attack on the Sri Lankan team in Lahore.

The official also said that the PCB was not concerned with reports emanating from Bangladesh that some of their players and team officials were not keen on playing in Pakistan because of security concerns.

“That is an internal matter between the Bangladesh Board and their team. Our primary concern is that the BCB first clears the tour,” he added.

He said that the PCB was also ready to welcome visits by any security experts of the ICC or the Maryleborne Cricket Club (MCC) cricket committee.

“We would welcome such visits because the ICC special task force team on Pakistan did not send a team to Pakistan but if the ICC and MCC decide to send their security delegations even before the Bangladesh tour we would be very happy,” he said. (PTI)