Mumbai Indians have created history by becoming the most successful team in the history of Indian Premier League. With their pulsating win over Chennai Super Kings in the season finale on Sunday night, MI won the trophy for a record fourth time the most by any team in the league’s 12-year history.

The match went down to the wire as CSK needed two runs to win and one run to push the contest into a Super Over. But Lasith Malinga used his experience to defend the nine runs and remove Shardul Thakur off the sixth delivery for a nerve-shredding one-run win.

Rohit Sharma, the MI captain, thus became the most decorated player in IPL history winning the title a record-breaking fifth time. His first title win came in 2009 when he played for Deccan Chargers before winning it in 2013, 2015, 2017 and 2019 with MI.

Here’s how stars reacted on Twitter after the thrilling finale:- 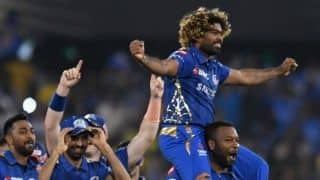 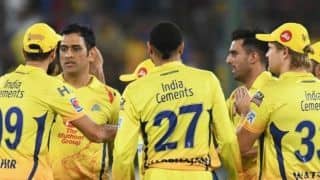