HPCA are in a bitter dispute with the government.

The court adjourned the case till Sep 17. The HPCA prayed that no criminal proceedings be initiated against it and the government be prohibited from taking action against it under the Societies Registration Act. The HPCA had challenged the Oct 26, 2013 decision of the government to cancel the lease granted in favour of the HPCA and take over its stadia, including the picturesque international stadium in Dharamsala.

The order to cancel the lease was later withdrawn by the government. The High Court had earlier dismissed an application to implead Chief Minister Virbhadra Singh and other government functionaries as respondents in individual capacities. 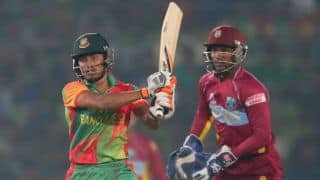