Jasprit Bumrah has reportedly been ruled out of the upcoming T20I World Cup in Australia. He will not play in the tournament due to a back stress fracture that will take at least 4-6 months to heal.

New Delhi: Indian cricket fans go into mourning as fast bowler Jasprit Bumrah has reportedly been ruled out of the upcoming T20I World Cup in Australia. According to BCCI sources, the Indian star will not play in the tournament due to a back stress fracture that will take at least 4-6 months to heal.

Jasprit Bumrah out of T20 World Cup with back stress fracture: BCCI sources

However, the good news is that Jasprit Bumrah does not have to undergo any surgery. According to sources close to PTI, Jasprit Bumrah will be out of action for four to six months. This is a big blow to India’s chances in the upcoming T20 World Cup and with Ravindra Jadeja already out of the tournament for the Rohit-Sharma-led side, India will now have to reassess their plan for the big tournament.

Indian cricket fans are frustrated with Jasprit Bumrah’s exclusion from the team due to injury. See reactions:

With Jasprit Bumrah being ruled out of the world cup, everyone is losing hope.

But I feel whenever the Indian team is down and under, they do miracles.

This Rohit’s era is turning out to be an injury era. Rohit sharma should immediately resign from the captaincy

India has played 49 T20Is in last two years . Bumrah missed 39 of them . So he played just 10 matches for India. But has played 14 for Mumbai Indians.

So, who is actually responsible for this? Team management or the Selectors?

I wonder what was the need for either of them to hurry Bumrah for these bilateral series when He wasn’t completely fit?

Why do star players like Bumrah and Jadeja play the whole controversy hit Indian domestic league without getting injured?

Jasprit Bumrah is ruled out. Next WC prepare. #JaspritBumrah 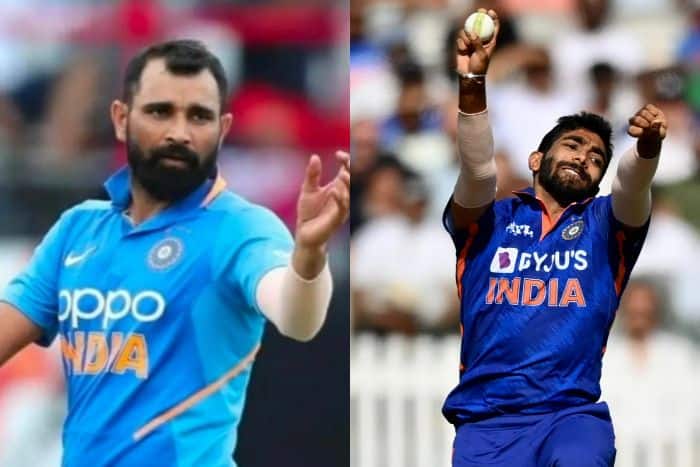