Mike Hussey said he was shocked and disappointed to be left behind as Australia s squad left for the World Cup, reports said on Thursday. Australia s best ranked one-day batsman failed to convince selectors that he was fit to play in the tournament on the sub-continent after hamstring surgery last month. 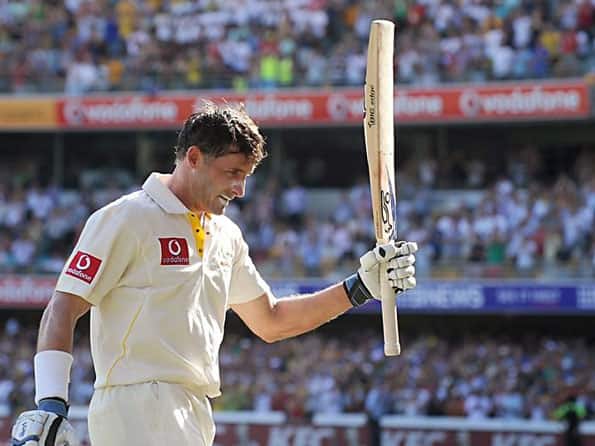 Mike Hussey said he was shocked and disappointed to be left behind as Australia s squad left for the World Cup, reports said on Thursday. Australia s best ranked one-day batsman failed to convince selectors that he was fit to play in the tournament on the sub-continent after hamstring surgery last month.

Australia s squad, led by captain Ricky Ponting, himself recovering from surgery on a fractured finger, left for India late Wednesday without Hussey, who along with injured spinner Nathan Hauritz, was omitted from the original 15-man contingent.

The Daily Telegraph said Hussey, the fourth-ranked batsman in the ICC one-day rankings, had emailed Cricket Australia medical staff and selectors to outline why he should be selected for the showpiece tournament.

The newspaper said the 35-year-old batsman made it clear he would be fully fit for all but the opening two matches against Zimbabwe and New Zealand.

His stance was supported by surgeon David Young, who operated on Hussey s damaged hamstring last month. But his pleas were not heeded with the senior batsman overlooked for Callum Ferguson. “I explained I d be OK,” Hussey told the Telegraph. “I sent personal emails to all the selectors and physios, they were under no illusion I d be right and how keen I was to be part of the World Cup.

“The injuries to other guys may have had something to do with it. All Andrew Hilditch (chairman of selectors) really said to me was that it was an unacceptable risk to take, they wanted everyone to be fit for the World Cup. You (Hussey) won t be available for the first game so you re out. I didn t know what to say. I was in shock. I just told Andrew I m disappointed. I m going to take the next few days to let it all sink in. I was pretty confident of being able to play at the World Cup. It will take a bit to get over but I have to move on and hopefully be OK for the Bangladesh tour (in August).”

Hussey is considered the middle-order rock of the Australian innings, having amassed 4,470 runs from 151 matches at an average of 51.98.

Hussey said he was adamant he would have been at optimum fitness for the Sri Lanka match on March 5 and the crucial sudden-death phase starting on March 23. “I would have been 100 percent for the sudden-death games, no question,” he said. “Thinking even further, it s probably going to be my last chance to play at a World Cup, so that makes it twice as disappointing.”

Ponting told reporters before the team s departure that the decision to leave an injured Hussey at home was the right one.

Banned Butt to give expert TV commentary at the World Cup